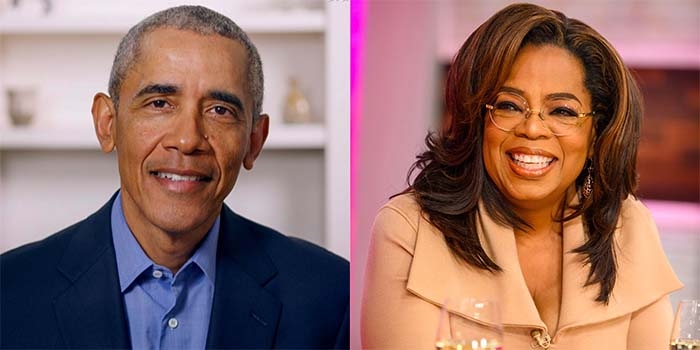 In 2004, Oprah interviewed an up-and-coming Illinois state senator named Barack Obama and his wife, Michelle, for an issue of O , the Oprah Magazine. Four years later, that Illinois lawmaker would win the U.S. presidential election, and in doing so, become the country’s first Black president.

On November 17, Oprah and Obama will sit down for another intimate interview—this time, focusing on his memoir and two history-making terms as president. The conversation will take place on Oprah’s AppleTV+ show, The Oprah Conversation, and will be available to watch for free through Tuesday, December 1 on AppleTV+.

For the full story, visit OprahMag.com/Entertainment.