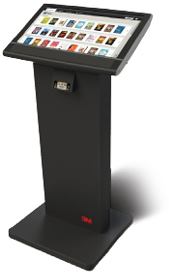 The Sacramento Public Library has recently announced it has chosen the stories and poems of early 19th-century American author Edgar Allan Poe for its 2013 One Book Sacramento project – the community’s biggest book club.

The Poe Project, cosponsored by the Capital Film Arts Alliance, invites local amateur filmmakers to create short films based on a Poe work or theme, which are no longer than 13 minutes.  Or, you may enter the full-length screenwriting competition of an adaptation of Poe’s work.

Entries are due in late summer 2013 and cash prizes will be awarded.

A workshop that explains the competition is scheduled for 7pm on Tuesday, January 22, at The Art Institute of Sacramento, 2850 Gateway Oaks Drive, Sacramento.

Also on January 22 at 12 noon at the Central Library, the first eBook Kiosk – called the 3M Cloud Library Discovery Station – will be revealed.