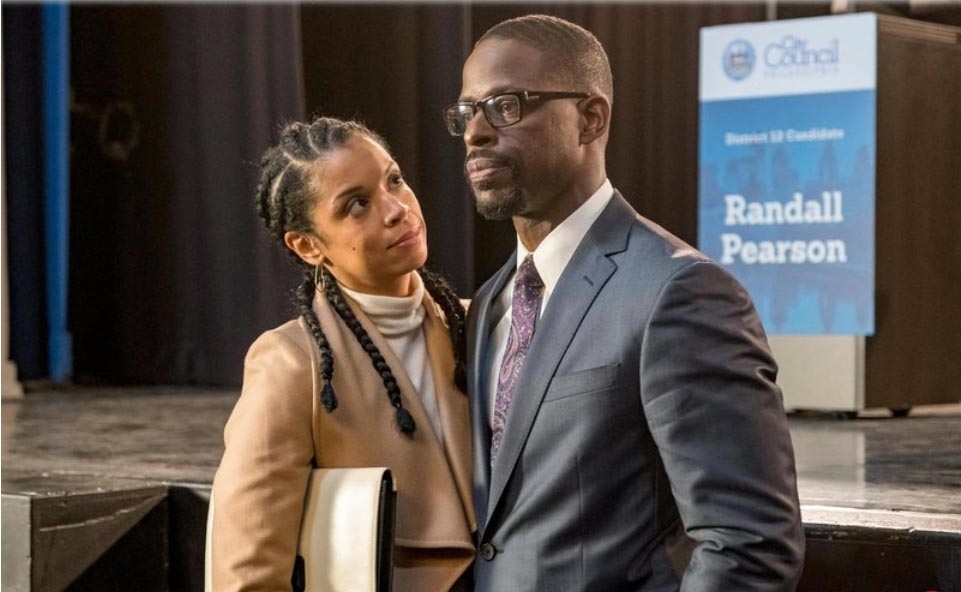 The season 3 fall finale of This Is Us dropped a generous amount of jaws when viewers discovered in the final seconds of the episode that Jack’s deceased brother, Nicky, was… not so deceased after all. But that was hardly the only notable moment in the hit family drama’s last episode of 2018. (We mean, besides the revelation that Kate and Toby are having a boy. And that Deja is intent on having a relationship with her mother. And that Tess semi-coming out to Randall and Beth. And that Randall was preparing to enter a possible long-term relationship with the couch after he told his wife he would not honor her wishes and drop out of that seemingly unwinnable election.)

Yes, a critical clue in the Who is “Her”? flash-forward mystery was revealed — specifically, the identity of “her.” First introduced in the season 2 finale, this puzzle revolves around a seemingly ominous event in the 2030s that saw old Randall (Sterling K. Brown) tell adult Tess (Iantha Richardson), “It’s time to go see her,” and his daughter responding, “I’m not ready.” Returned Randall: “I’m not either.” A season 3 episode further revealed that Toby (Chris Sullivan) was battling depression in the future, and given that he wasn’t wearing his wedding ring, that he may no longer be married to Kate (Chrissy Metz).

Here, in the final minutes of “The Beginning Is the End Is the Beginning,” we returned to that important day. Old Randall glumly said to Tess, “Let your mom know we’re on the way,” and she responded that she would call her from the car. And at a ballet studio run by Beth (Susan Kelechi Watson), an employee informed Beth that her family was on the way. “We’re all going to see Randall’s mother,” Beth explained, adding, “Oh, did you bring the Pin the Tail on the Donkey from the office? I promised I bring it.”

So… it appears that Rebecca (Mandy Moore) is still alive, Randall and Beth’s relationship seems to be fraught in both the present day and the future, and Beth is a ballet boss. What to make of this latest clue in this season’s grand mystery? Let’s open a bottle of wine that we weren’t planning on drinking tonight and turn to series creator Dan Fogelman.

For the full story, visit EW.com/TV.