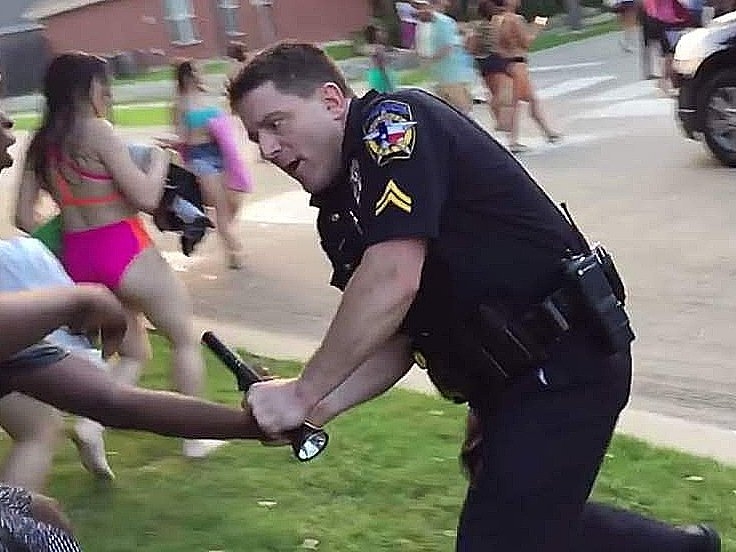 Just days after a video that went viral online showed him yanking a 14-year-old bikini-clad girl to the ground and kneeling on her back, Eric Casebolt has resigned from his post as a corporal for the Police Department in McKinney, Texas.

The video posted to YouTube showing the police response to reports of fighting at a pool party sparked swift allegations of racism. Critics decried the white officer for cursing at several black teenagers, slamming the girl to the ground and unholstering his gun.

“Our policies, our training, our practice, do not support his actions,” Police Chief Greg Conley said. “He came into the call out of control, and as the video shows, was out of control during the incident.”

Even as protests mount, some witnesses have praised the way Casebolt handled the incident, as dramatically different accounts emerge of whether race played a role in the situation and its aftermath.

For the complete story, visit www.cnn.com.