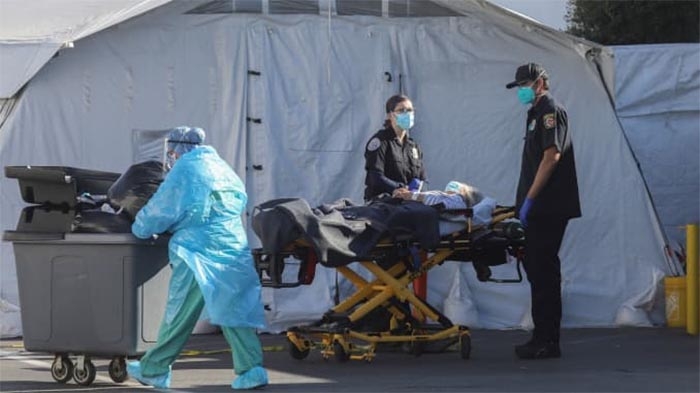 As the events that unfolded in Washington on Wednesday captured the nation’s attention, the raging coronavirus pandemic claimed its highest U.S. death toll yet, killing more than 4,000 people in a single day, according to a Reuters tally.

COVID-19 hospitalizations stood at 132,051, stetting a grim record for the fourth day in a row as of late Wednesday night, a Reuters analysis of public health data showed.

As thousands of mostly unmasked supporters of President Donald Trump laid siege to the U.S. Capitol building, daily reported cases of the novel coronavirus soared again past the 250,000 mark, taking the total case tally to 21.2 million.

The deadly virus surging in most of the nation is hammering parts of California most severely, including the Los Angeles metropolitan area, pushing hospitals to their limits.

Read the full story at Reuters | US Health.