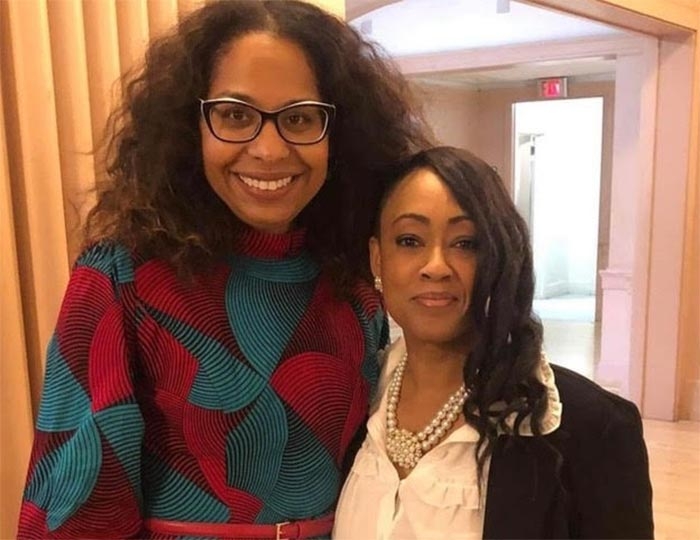 For 24 years now, Samual Brown – who was convicted for attempted murder in Sacramento – has been serving time in California state prisons. Right now, he is at a correctional facility in Lancaster, a Los Angeles County town northeast of L.A. While in prison, Brown says he has evolved. In addition to earning an associate degree, Brown will be awarded his B.A. from CSU Los Angeles in the Spring, graduating with a 4.0 GPA.

Before moving to the Lancaster facility that currently houses him, Brown says he was serving his sentence at a maximum-security prison in New Folsom near Sacramento. That prison was notorious for its high homicide and suicide rates, Brown says. Responding to the death, violence and despair all around him there, Brown says he drafted the proposal for a successful intervention effort called the 10 P program. Since authorities implemented his plan, there have been less deaths at New Folsom.

“At the core of the program is effectuating emotional literacy,” Brown told California Black Media on a phone call from California State Prison Los Angeles County. “We encourage the inmates to adopt pro-social behaviors and reclaim their narratives. We teach them how to address intergenerational trauma and adverse childhood experiences that influence their behavior. We prepare them to face the parole board.”

But as an inmate, Brown says he is also forced to work. He has no say-so regarding his safety, or about how much he is paid, or the kinds of work he performs. Recently, the state prison has assigned him to COVID-19 sanitation duties, paying him 55 cents per hour.

“It’s unfortunate but this is true: the 13th amendment did not end slavery in the United States,” said Brown. “As long as there is forced labor and state constitutions that have conditions for ‘involuntary servitude,’ there is still slavery.”

Brown says too many racist ideologies and practices from the old slaveholding South survive today. They didn’t end, he argues, they transitioned.

“It’s wrong to have private prison corporations that can influence policy — not because of what is right or wrong but because they directly benefit from it,” says Brown. “In prison, if you refuse to work, you get the modern-day equivalent of a whip on your back. You could get a 115, a disciplinary write-up that could prevent you from getting parole.”

Assemblymember Sydney Kamlager-Dove (D-Los Angeles) agrees with Brown. The lawmaker who last week won a special election to become a California State Senator representing the 30th District in Los Angeles, is pushing legislation that would strike out the words “involuntary servitude” from the California Constitution.

Kamlager who currently represents the 54th Assembly District — which covers sections of Los Angeles County, including Ladera Heights and Baldwin Hills — says she wants to build off the momentum of similar laws recently passed in Colorado, Nebraska and Utah.

Brown’s wife Jamilia Land, who lives in Sacramento, is a member of the Abolish Slavery National Network (ASNN), an organization committed to ending all forms of slavery in the United States. She is also the co-founder of A.S.A.P, an organization that advocates for the mental health and well-being of children impacted by police or community violence.

With Land’s input, Brown drafted the original language that appears in Kamlager’s bill. Along with other Sacramento community activists, the couple has worked closely with the Assemblymember’s office and others in the state legislature to lobby for the bill.

“We are very excited. My husband and I are strong supporters of ACA 3. Our organization and ASNN now have 30 states on board,” Land says. “Senator Jeff Merkely of Oregon is working on this legislation on a federal level, and we are building a coalition here in California while working with a national steering committee.”

Kamlager, who calls involuntary servitude “modern-day slavery,” has written to her legislative colleagues asking them to support the bill by becoming co-authors.

“The U.S. House of Representatives passed the 13th Amendment in 1865, codifying what is commonly considered the outlawing of slavery and involuntary servitude nationwide,” Kamlager-Dove wrote in the letter. “California was the second state — behind Oregon — to ratify the amendment. However, conditional language remains in both the federal constitution and that of our state’s.”

In California, there are an estimated 115,000 people incarcerated, according to the Public Policy Institute of California. Based on the demographics of the state prisons and county jails, Blacks are 10 times more likely to be imprisoned than whites. Black men alone account for 28.5 % of the prison population although they make up under 6 % of all adult Californians.

Kamlager said neither the California Constitution nor the state courts require physical labor as a condition of imprisonment. But she points out that most incarcerated prisoners end up working in jobs that can pay them as little as 8 cents an hour.

Sometimes in California, prisoners are given an option to volunteer to work. For example, CalFire hires inmates who are serving time in minimum security prisons through its Conservation (Fire) Camps program and pays them $2 a day when they are on duty and $1 a day when they are not. The program saves the state between $90 million and $100 million annually, according to Bill Sessa, a spokesperson for the California Department of Corrections and Rehabilitation.

Brown says many of the businesses that have profited from the prison industrial complex are the same ones now investing in rehabilitative programs.

“The prison industrial complex is not one corporation or one group of people. We have to attack the beast and deconstruct it from many angles,” said Brown.

On March 5, Land says ACA 3 co-sponsors are organizing a rally in Sacramento at a location to be decided.