Music and lyrics by WILLIAM FINN

“It is a great thrill to be bringing FALSETTOS to theater audiences across America and to be doing so with this exceptional cast of Broadway actors,” said James Lapine.

The Sacramento engagement of FALSETTOS runs Mar. 12 – 17 at Community Center Theater.  Tickets start at $31 and are available now at the Wells Fargo Pavilion Box Office, 1419 H Street, Sacramento, or by calling (916) 557-1999; they are also available at the Community Center Theater Box Office, 1301 L Street, Sacramento, or by calling (916) 808-5181, or online at BroadwaySacramento.com.

This production was nominated for five Tony Awards including Best Musical Revival when it returned to Broadway in Fall 2016. The North American Tour of The Lincoln Center Theater Broadway production of Falsettos is directed once again by James Lapine. The production has choreography by Spencer Liff (Emmy Award nominee for FOX’s So You Think You Can Dance), sets by David Rockwell (Hairspray, The Normal Heart, She Loves Me), costumes by Jennifer Caprio (The 25th Annual Putnam County Spelling Bee, Joseph and The Amazing Technicolor Dreamcoat), lighting by Jeff Croiter (Bandstand, Something Rotten!), sound by Dan Moses Schreier (A Gentleman’s Guide to Love & Murder, Gypsy with Patti LuPone), casting by Eric Woodall / Tara Rubin Casting, music supervision by Vadim Feichtner, and features Michael Starobin’s (Assassins, Next to Normal) original orchestrations.

The North American Tour of The Lincoln Center Theater Broadway production of Falsettos is produced by Jujamcyn Theaters and NETworks Presentations.

FALSETTOS revolves around the life of a charming, intelligent, neurotic gay man named Marvin, his wife, lover, about-to-be-Bar-Mitzvahed son, their psychiatrist, and the lesbians next door. It’s a hilarious and achingly poignant look at the infinite possibilities that make up a modern family… and a beautiful reminder that love can tell a million stories.

This production of FALSETTOS marks a happy reunion for composer/lyricist William Finn and playwright/director James Lapine. In 1981, Finn and Lapine’s new one-act musical March of the Falsettos premiered at Playwrights Horizons’ second floor 75-seat space. The story of a gay man named Marvin, his lover Whizzer, Marvin’s wife Trina, son Jason, and their psychiatrist Mendel, March of the Falsettos was a critical success, described by The New York Times as “a musical find.”  It eventually moved to Playwrights Horizons’ larger downstairs theater for an extended engagement before enjoying a long run Off-Broadway at what was then known as the Westside Arts Theatre.

Fast forward to 1990, when a second new musical by Finn and Lapine, Falsettoland, opened at Playwrights Horizons.  A continuation of the story of Marvin and his extended family in the early days of the AIDS crisis, Falsettoland repeated the success of its predecessor with rave reviews and a move to the Lucille Lortel Theatre.

In 1992, the two one-act musicals were combined into one and opened on Broadway as Falsettos. Falsettos ran for over a year at the John Golden Theatre and won Tony Awards for Finn’s score and Finn and Lapine’s book.

“An exceptional production of a perfect musical.”

“A masterwork. It throbs with passion and compassion.”
– Chicago Tribune, October 27, 2016

PRESS PHOTOS:   FALSETTOS production photos can be downloaded by going to the Press Login page on the Broadway Sacramento website: BroadwaySacramento.com. Use the following password: onstage17.  Under ‘Choose A Series’ click on ‘Broadway On Tour.’  Under ‘Choose A Show’ click on ‘Falsettos.’

EDEN ESPINOSA (Trina) is most recognized for her critically acclaimed portrayal of Elphaba in Wicked on Broadway and in Los Angeles and San Francisco. Other credits include originating the title character in Brooklyn the Musical, Flora in Flora the Red Menace, and Maureen in the closing company of Rent on Broadway. Eden also originated the role of Sadie Thompson in the world premiere of Rain, at the Old Globe Theater. She portrayed Eva Peron in TPAC and Studio Tenn’s production of Evita. In 2017 she toured Denmark and London playing Emma Borden in the rock musical Lizzie. She played Mary Flynn to rave reviews in Maria Freidman’s productions of Merrily We Roll Along at the Huntington Theatre in Boston. She was Daniela in Kennedy Center’s In The Heights. Most recently she originated the role of Tamara De Lempicka in the world premiere of Lempicka at Williamstown Theatre Festival, directed by Rachel Chavkin. Her television appearances include shows such as Law and Order, Ugly Betty, and Elementary. Voiceover credits include Cassandra in the Disney show Tangled the Series, Robot Chicken, MAD TV, Elena of Avalor, and Titan Maximum. Eden’s debut album, Look Around, charted in the Pop iTunes top 50 between Adele and Katy Perry. Her second album will be released early 2019.

MAX VON ESSEN (Marvin) is currently starring in the Broadway production of Anastasia as Gleb Vaganov. He is perhaps best known to audiences as Henri Baurel in the Award-winning production of An American in Paris, a role which earned him nominations for the Tony, Drama Desk, Outer Critics Circle and Grammy Awards. Other Broadway credits include the revivals of Evita, Les Misérables and Jesus Christ Superstar as well as Dance of the Vampires and the closing company of the original Les Misérables. Additional New York credits include Yours Unfaithfully for the Mint Theater, Death Takes a Holiday for the Roundabout Theater Company, The Jerry Springer Opera at Carnegie Hall, Hello Again (Drama League nomination) for The Transport Group, Finian’s Rainbow for the Irish Repertory Theater and many others. Tours include Xanadu, Chicago and West Side Story. Television and film credits include Law & Order: SVU, Elementary, Boardwalk Empire, The Good Wife, Royal Pains, Gossip Girl, The Beautiful Life, The Intern, Seven Lovers, Sex and the City 2, and the hit web series, Submissions Only. Max’s concert work has brought him across the country and Canada, including The Kennedy Center, Carnegie Hall and a recent sold-out solo run at the famed Birdland Jazz Club in New York City. Recordings include An American in Paris, Evita, Death Takes a Holiday, Finian’s Rainbow, Love Songs of Andrew Lloyd Webber and Broadway by the Year: 1928. @maxizpad. 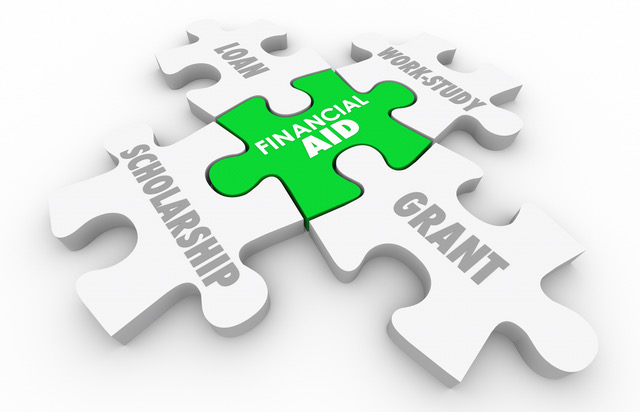