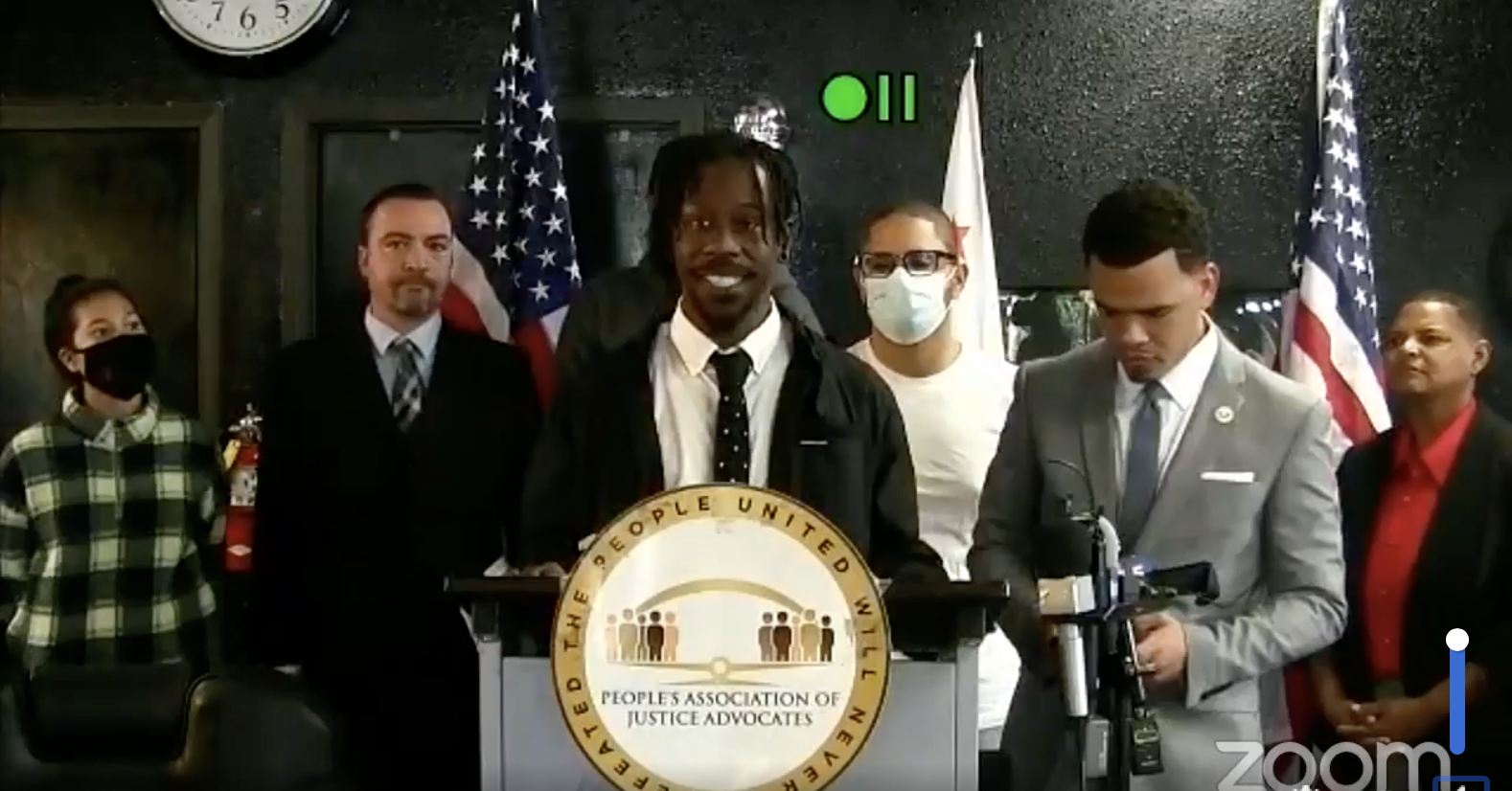 A Southern California company recently made an employment offer to a Black job applicant it allegedly rejected because of his natural hairstyle.

Encore Global, which is registered in Delaware but does business in California, released a written statement saying the issue was a “misunderstanding” and the company “regrets any miscommunication.”

“Maintaining a diverse and inclusive workplace where every individual has a full sense of belonging and feels empowered to reach their potential are core values of our business. These values are key to fueling innovation, collaboration and driving better outcomes for our team members, customers, and the communities we serve,” the company said in a statement.

Last month, Jeffrey Thornton, through his attorney Adam Kent, filed the allegations against Encore Global, LLC, in San Diego County Superior Court. The lawsuit asserted that Thornton was denied employment because of his locs.

Shane Harris, president of the People’s Association of Justice Advocates, called the company’s alleged action “mistreatment,” “hair discrimination” and the “violation of the California State ‘CROWN Act’ (Creating a Respectful and Open World for Natural Hair).”

“The filing is believed to be the first filing of its kind noting a violation of the California Law ‘CROWN Act,” Harris continued. “The bill authored by then California State Sen. Holly Mitchell sought to prohibit employers and public schools from banning natural black hairstyles, including braids, cornrows, and locs.

Mitchell now serves on the Los Angeles County Board of Supervisors.

The CROWN Act, also known as Senate Bill (SB) 188, ensures protection against discrimination based on hairstyles by extending statutory protection to hair texture and protective styles in the Fair Employment and Housing Act (FEHA) and the California Education Code.

Thornton said he was discriminated against in an interview for the technical supervisor position at Encore Global, an events management firm.

According to the lawsuit, an Encore hiring manager informed him on Nov. 1 that he would have to trim his hair to be hired for the position. The locs had to be cut up above the ears, away from the eyes, and with clearance from the shoulders.

Thornton’s hair is styled in locs, clean shaven around the sides and the back, and is about five inches long on the top of his head, Harris said.

“Many Black employees, including your staff, members, will tell you if given the chance that the struggle to maintain what society has deemed a ‘professional image’ while protecting the health and integrity of their hair remains a defining and paradoxical struggle in their work experience, not usually shared by their non-Black peers,” Mitchell stated in April 2019 when she first introduced the Assembly bill. “Any law that sanctions a job description that immediately excludes me from a position, not because of my capabilities or experience but because of my hair, is long overdue for reform.”

Thornton’s relationship with Encore Global goes back to 2016 when he first started working with the company in Orlando, Florida.

In July 2021 after being furloughed by the company for about a year due to the COVID-19 pandemic, Thornton decided to move to San Diego after he was notified that his company would be opening new positions up in the San Diego region.

“If it wasn’t a problem in Florida, it shouldn’t be a problem in California, right?,” he said during a news conference in San Diego. “I expected that I was to remove my ear gauges, that’s not a problem. I’d be willing to trim my facial hair. But I wasn’t prepared to be told that I would need to cut my hair in order to comply with Encore’s standards.”