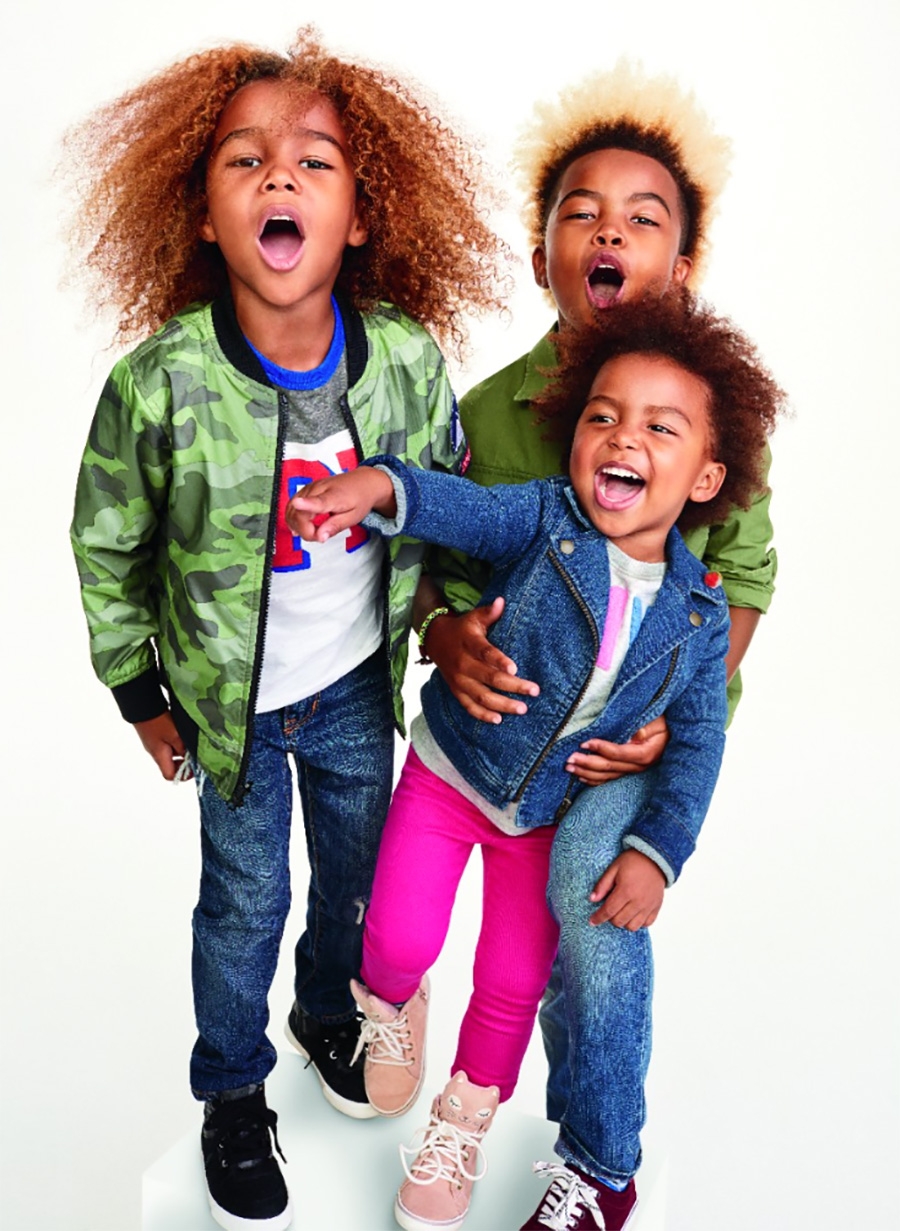 Ziggy Baitinger is a model and actor.  He is starring in the movie: “Blindspotting” which opens in July 2018.  This is already noteworthy but add in the fact that he is only 7 years old and it’s remarkable.  THE HUB had the opportunity to talk with Ziggy’s mom Kiddy Baitinger to learn more about this new Hollywood child star!

THE HUB: Ziggy has two siblings, younger sister Skylar and older brother Sean Jr.  Are they into acting and modeling too?

Baitinger: Yes.  They opened the Old Navy Times Square campaign in New York.  Locally their posters are in the window of the Old Navy in Delta Shores.  Ziggy also has the window and posters inside of the Crazy 8 store in Arden Fair Mall.

THE HUB: I understand Ziggy has been acting for 2 ½ years and is represented by Scout Agency in San Francisco and Mavrick in Los Angeles.  How did you get him started in his career?

Baitinger: When he was 5 we asked our kids what they wanted to do for extra curricular activities.  Ziggy said he wanted to take pictures and cook.  We submitted him to the agency, figuring they’d say no and we’ll move on.  But they all said yes.  Ziggy worked with the agency for one year.  Then Skylar booked the Old Navy Fall Campaign.  After Ziggy was working for 1 ½ years and he booked Nike. Then my oldest decided he wanted to do it too.

THE HUB: How do you help Ziggy remember his lines?

Baitinger: They gave us the script and we practiced.  They had a good director that helped him with his lines too.

Baitinger: We try to work around his school schedule for now.  Usually we get a call and they give us a call time.  When we get there – he eats, gets comfortable, wardrobe dresses him and they start shooting.  The movie was filmed in the summer, so he was out of school.  We had to be on set fairly early, 8 a.m.  Ziggy had his own personal assistant (P.A.) to give him what he wanted, like ice cream with arshmallows. Sometimes they had to do set-ups and hair and make-up.  During down time, he was with a studio teacher.   They played card games and other learning activities, sometimes for three hours.  He had his own trailer, so he got to nap on set.  The P.A. that followed him around was really good with him.

THE HUB: What do you see in the future in terms of Ziggy’s career?  What are you hopes for him?

Baitinger: I see him continuing on the path he’s on now.  It’s up to him to do what he wants to do.    We’re here to be supportive if he’s happy we’re all for it, if he’s not happy, he won’t do it.

THE HUB: Is there anything we haven’t covered that you’d like to add?

Baitinger: It’s a challenge doing this, and it requires a team effort for things to run smoothly.  The biggest lesson we’ve learned as parents is sometimes we don’t know everything.  We are from a sports background.  My husband Sean and I were both in sports, he played college basketball and basketball overseas in the Philippines.  I played field hockey in college, Division 1.  We have to learn and to listen.  We parents have to remember to help our kids; each is an individual.  Allow your kids to be themselves and help them with whatever dream they have.

THE HUB: The boy of the hour is joining us.  Hi Ziggy, it’s nice to meet you.  What do you like better, modeling or acting?

Ziggy: Acting, you get to do it for real.

THE HUB: What do you want to be when you grow up?

Ziggy: A famous actor and model.

THE HUB: You are on your way, thank you Ziggy.

Ziggy is definitely off to a good start and we wish him well in his career in the business.  Check him out in the movie “Blindspotting,” he plays the son of Collin; an ex-con who has to get through the last three days of his probation.  His childhood best friend is always in trouble; so, it’s a challenge.  A life changing event makes Collin miss his curfew.  Both men try hard to keep their friendship going in the changing circumstances that arise and magnifies their differences.