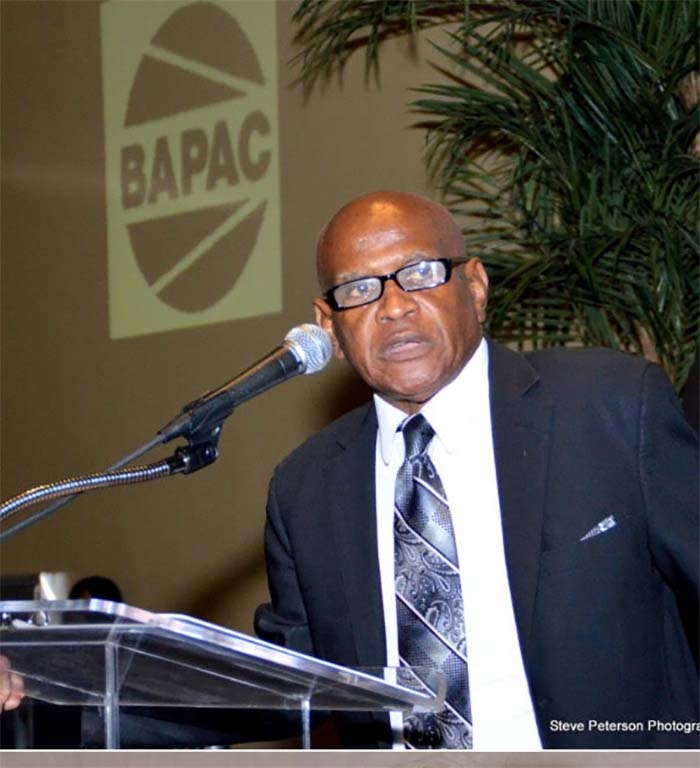 Dr. Willie Blair, 69, a former U.S. Navy officer who served during combat in Vietnam and later became a champion of racial equity for African Americans in California, passed away in San Diego on Feb. 25.

His family has not released his cause of death.

In 2017, Blair was elected president of the Black American Political Association of California (BAPAC), a statewide public policy think tank and civic engagement organization committed to solving economic, political and social problems that confront African Americans. Before that, from 2008 to 2017, he served as BAPAC’s board chair.

His daughter and only child, Deborah Smith, an active-duty officer in the U.S. Air Force, says she cherishes many memories of her father, who was a mentor, advisor and avuncular figure for so many San Diegans and Californians, particularly in African American political circles.

“He was very much about trying to close the achievement gap for Black Americans, and improve the standing to the Black community in San Diego and California,” Smith told the San Diego Union Tribune.

Ellen Nash, chair of the San Diego Chapter of BAPAC, says she is still trying to wrap her mind around the news of her “dear friend’s death.”

“He was a big influence on my love for the community and politics. I joined BAPAC-SD as a lifetime member because of him,” she said. “He dedicated every working minute on this earth to helping folks to advance in life. He would say, ‘If you’re not at the table, you’re on the menu.’ We truly lost a giant in our community.”

Born and raised in Knoxville, Tenn., Blair moved to San Diego in 1981 after serving in Vietnam. There, he earned an MBA and doctorate from Point Loma Nazarene University from San Diego’s National University.

Blair completed his undergraduate studies at Maryville University in Tennessee. After college, the Officer’s Candidate School at Newport, Rhode Island, gave him an officer’s commission into the Navy.

In San Diego, he became active in politics. In 1985, he worked on the campaign of former San Diego Mayor Maureen O’Connor and served in her administration for two terms working in a communications role until 1991.

After that, he became a special assistant to former U.S Congressman Bob Filner, a Democrat. In that role he focused on nation al policy involving veterans.

In 2013, Blair retired from the Congressman’s office.

“Willie Blair was many things to our city,” the mayor said. “I’ll always think of him as an orator. He would speak with such clarity and forcefulness, often on behalf of those who needed to be heard. His voice in our community will be sorely missed. Godspeed Dr. Blair.”

“Dr. Blair touched so many lives in San Diego. He mentored everyone — the young and old,” she said. “He was a true leader and civil rights hero. He personally took me under his wing and guided me through the Politics of San Diego. He was very instrumental in my success in the political arena, and he will be greatly missed.”

In seven heartfelt tweets, Shane Harris, a social activist, civic leader and founder of the People’s Alliance for Justice, who was based in San Diego before recently moving to Washington, honored Blair. Harris remembered his mentor as “encouraging but firm.”

“I attended and spoke at BAPAC San Diego when he was President of the chapter multiple times and I believe those were the chapter’s best days. Dr. Blair was a power broker and understood the political process,” Harris praised Blair.

“He is one of the people who got me started and gave me the opportunities to make my case around various community issues that occurred,” Harris continued. “He embraced me when sometimes others would steer clear of me and he called me to

challenge me to be more diplomatic and thoughtful of how I was doing my work. Dr. Blair gave nearly half of his life to the Black American Political Association of California (BAPAC).”