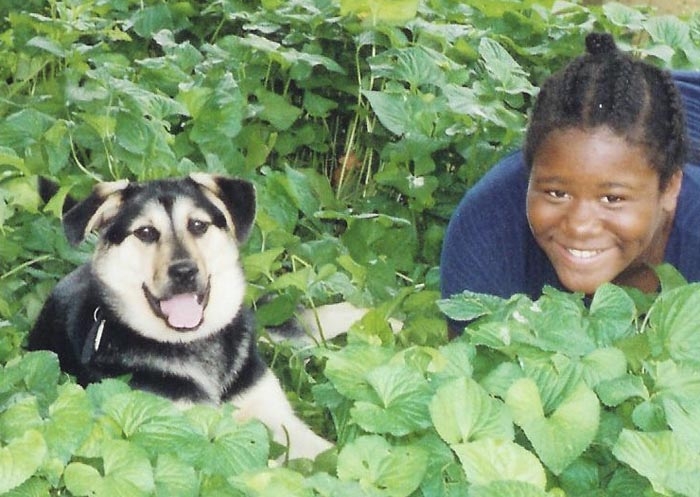 That headline is not an ode to a bygone candy bar binge. It’s how you say goodbye to a dog that was named by a nine year old. She was a black and brown German Shepherd mix whose coat was the colors of that little girl’s — and her dad’s — beloved peanut butter cup.

Reeses was also the best watch dog I ever had. And other than my current marriage, my relationship with her was the longest term relationship I’d ever had.

Sixteen years ago this September, my husband, Rob and youngest daughter, Kristina tricked me into an outing at the Detroit Zoo. What I’d thought would be a fairly innocuous Saturday would actually be an ambush: the Zoo was hosting an event sponsored by the Michigan Humane Society.

I knew I was doomed the moment I saw the event’s banner hanging over the side of the Zoo’s parking garage:

“Meet Your Best Friend At The Zoo”

For years, I’d resisted letting Kristina have a dog. I’d told her that she wasn’t ready to handle the responsibility, and that I certainly wasn’t going to take it on. Neither turned out to be true, but that was only a part of the story. I’d wanted to make sure that Kristina was old enough to to be ready to deal with the inevitable death of a pet. As dogs dig up your garden, they find a way of burrowing their way into your heart. They also live painfully short lives. 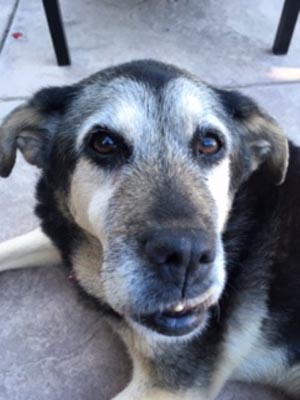 Kristina fell in love with six weeks old Reeses the minute they laid eyes on each other. Another family had planned to adopt Reeses, who’d been found with the rest of her litter in an abandoned house in Detroit. That adoption fell through — and I still don’t know how that happens! — and the Humane Society staffer who searched for and found us in the crowd knew it was a done deal when Kristina pleaded “Please, Daddy, let me take her home.”

Kristina held that puppy in her palmed hands in the back seat of our Jeep Wrangler, on our way to start our chapter together. Once home, I gave Kristina just one edict: Reeses was not to sleep in the bed with her.

But Kristina, much like her dad, was always fond of breaking rules. Rob and I found dog hair in her bed the next and every morning, even as that kid insisted that she had to have been the one who was shedding.

The stories I could tell you.