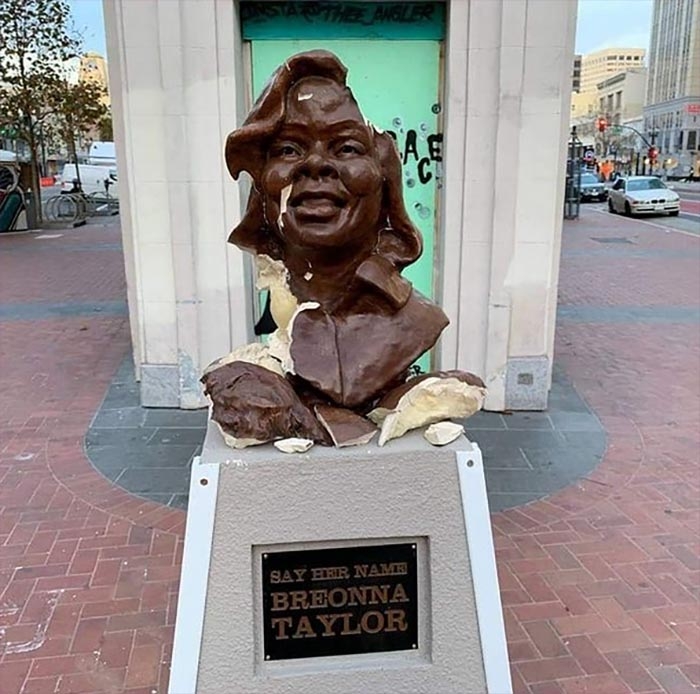 California authorities are investigating vandalism to a bust honoring Breonna Taylor that the sculptor is calling “a racist attack on the Black Lives Matter movement.”

Leo Carson installed the ceramic bust on Dec. 12 at Latham Square in downtown Oakland. The words “Say Her Name Breonna Taylor” are written below the bust to honor Taylor, 26, a Black woman whose death in March by Kentucky police spurred national protests against racial inequality and police brutality.

The vandalism was first reported by local news outlet The Oaklandside on Saturday. Oakland police are investigating the incident as an act of vandalism, spokesman Paul Chambers told USA TODAY on Monday.