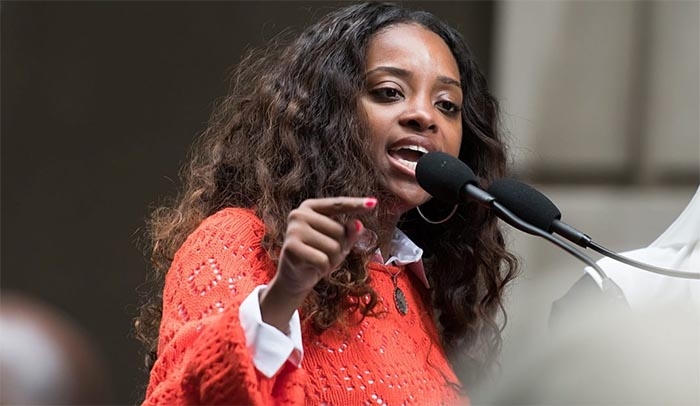 Activist Tamika Mallory‘s speech during a rally in Minneapolis protesting the death of George Floyd has gone viral.

The former Women’s March co-chair said Black America was in a “state of emergency” at the Friday demonstration, where she was joined by community leaders including Jamie Foxx, Floyd’s close friend, former NBA star Stephen Jackson, and others.

For the full story, visit TheGrio.com.