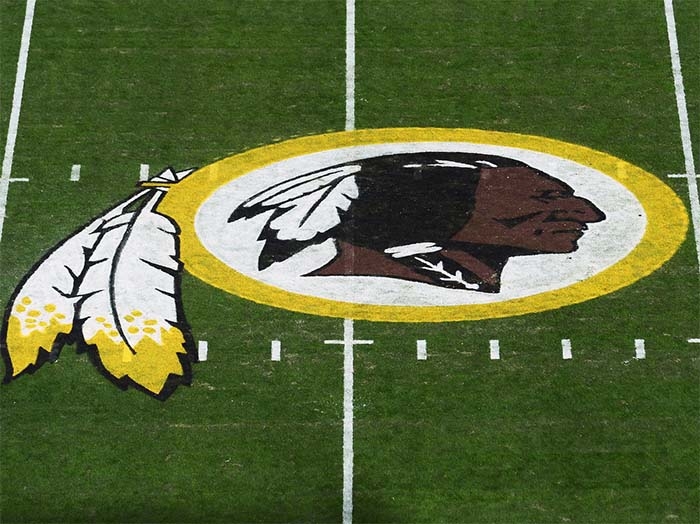 Photo by Patrick McDermott/Getty Images
A view of the Washington Redskins logo at center field before a game between the Detroit Lions and Redskins at FedExField on November 2019 in Landover, Maryland. |

The NFL’s Washington, D.C.-based franchise says it is officially retiring the moniker it has had for the past 87 years, which is widely viewed as a slur against Native Americans.

“Today, we are announcing we will be retiring the Redskins name and logo upon completion of this review,” the team said in a statement Monday.

“That review has begun in earnest,” it said. “As part of this process, we want to keep our sponsors, fans and community apprised of our thinking as we go forward.”

The team did not announce what the new name would be. It said team owner Dan Snyder and head coach Ron Rivera are working together to develop a new name.

For the full story, visit NPR.org/Live-Updates.