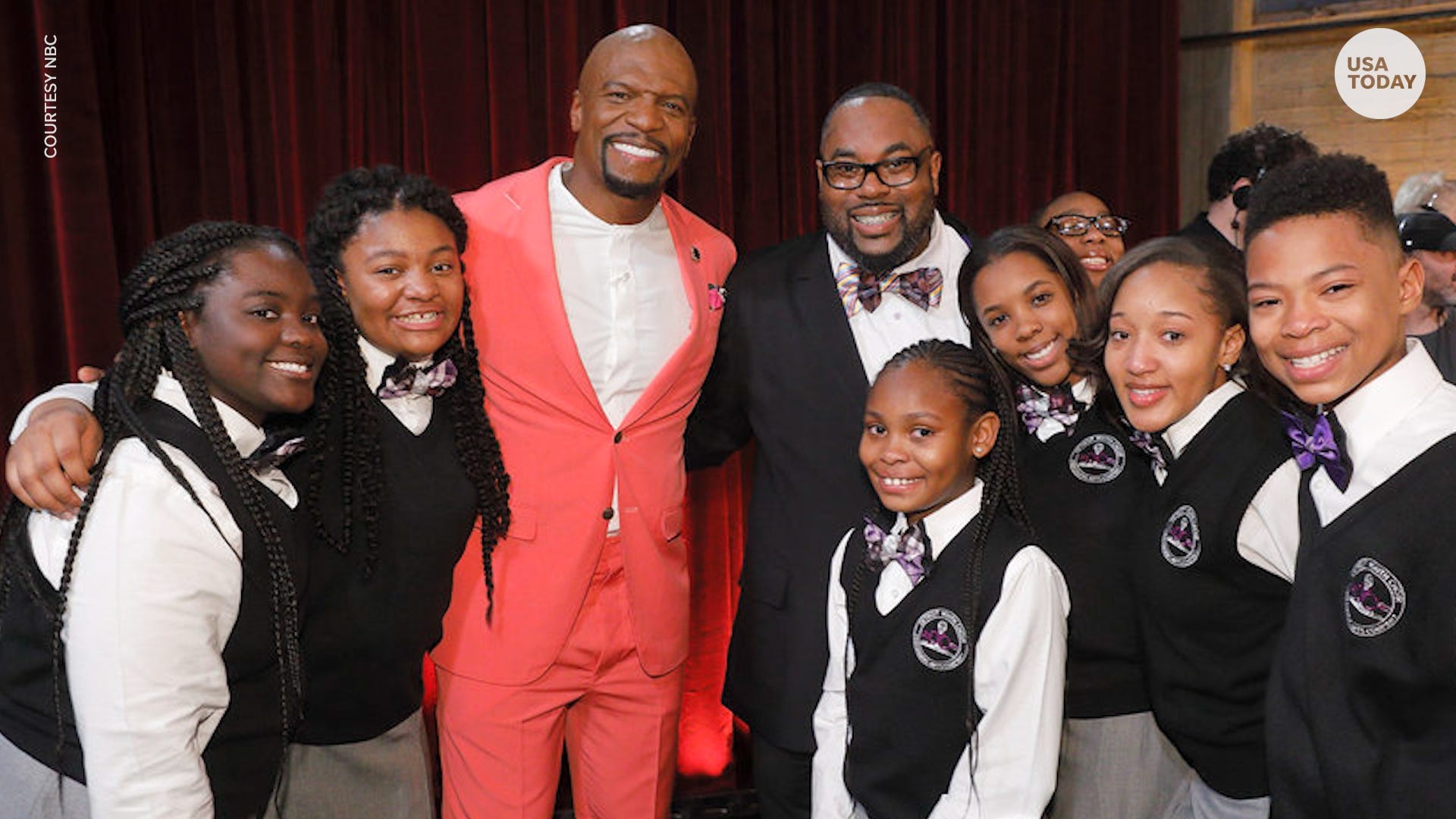 Terry Crews is beaming with pride over his Golden Buzzer winners.

The America’s Got Talent host, who grew up in Flint, Michigan, pressed the coveted button for the Detroit Youth Choir, a group of talented inner-city kids, ages 8-18, led by choir director of 21 years Anthony White.

Describing DYC’s “groundbreaking creativity,” Crews tells PEOPLE that he was looking for talent he’s never seen or heard before. And it was all the more special that they are from his home state.

“Here you have first-timers, guys who have never had an audience this big,” he says in amazement.

DYC blew the judges and audience away with their rendition of Macklemore and Ryan Lewis’ “Can’t Hold Us,” which included a combination of acapella, rap and dance.