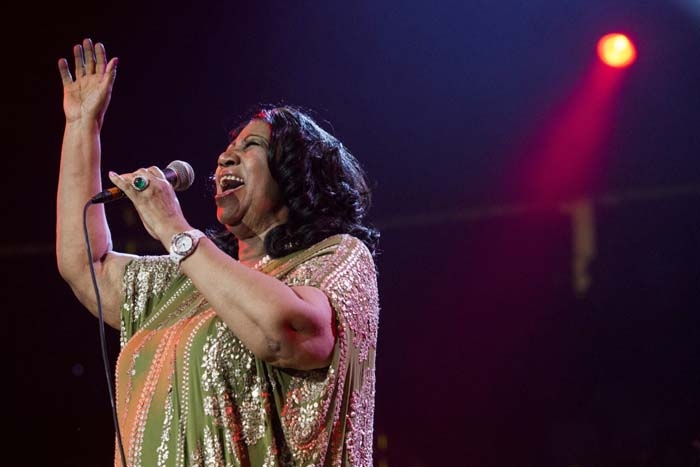 This morning, I’m overcome with guilt. I cheated on Diana Ross last night.

I always thought I only had room in my life and heart for one Detroit diva, Miss Ross herself. But being from Detroit, and having never experienced Franklin live, I couldn’t resist a night out with the Queen of Soul, so I tipped out quietly to Oracle Arena in Oakland last night. It was Franklin’s first northern California appearance in almost 40 years.

It was a night that was full of surprises, beginning with opening act Babyface. I was never a huge fan of Face’s voice, but always loved his compositions. Beginning with his opening song, a solid version of “For The Cool In You”, I found myself regretting that I’d not seen him in his heyday.

Babyface also paid tribute to “white guys who can really sing” with a knockout version of James Taylor’s “Fire And Rain” and his own Grammy winner by Eric Clapton, “Change The World”. He then wowed the capacity crowd with an impressive medley of hits he wrote and produced for other R & B artists like Bobby Brown (“Don’t Be Cruel”, “Every Little Step I Take”, “Rock Wit Cha”), Tevin Campbell (“Can We Talk”), Johnny Gill (“My, My, My”), and Boyz II Men (“I’ll Make Love To You” and “End Of The Road”).

During the latter song, the singer/songwriter threw his blazer to the floor and unbuttoned his shirt before running out into the audience to embrace some of his female fans, an admirable feat for the 56-year-old that left me regretting the chicken fingers and fries I’d eaten before the show. Face’s entire set also left me worried that I might have to tell you that Babyface had stolen the show from Aretha Franklin.

I needn’t have worried.

After a relatively quick band swap, Franklin took the stage to her first of many standing ovations with an energetic version of Jackie Wilson’s “(Your Love Keeps Lifting Me) Higher And Higher”. She overcame some early technical problems with her microphone, just in time for her Luther Vandross-penned smash “Jump To It”, which she followed with a pitch-perfect version of “Ain’t No Way”. Very few singers alive can match the fervor of that 70s soul masterpiece, and until last night, I’d have suggested that even the present day Queen herself might fall short. She proved me wrong over and over again last night.

By the time Franklin was done with incredible versions of “Think” and “Angel”, she had transformed Oracle Arena into a 70s R & B club with people dancing in the aisles and a woman just a few seats from me even openly enjoying a joint! After a quick break, the legend returned to the stage asking “Have y’all been to church?” as she morphed her R & B club into a holy ghost-filled pentecostal church with a rousing version of “Old Landmark” from her landmark Amazing Grace album. It wasn’t the only time The Queen got the spirit, performing a masterful, 15 minute version of “Bridge Over Troubled Water”, while accompanying herself on piano and testifying about how her faith had brought her through a health scare in 2010.

The diva only sang one song from her current Aretha Sings The Great Diva Classics album, a medley of Gloria Gaynor’s “I Will Survive” and Destiny’s Child’s “Survivor”. While I would have liked to have heard more from that collection, Franklin has more than enough classics of her own to keep her live audiences spellbound, which she did last night.

Franklin ended the Oakland show with the biggest hit of her career, “Freeway Of Love” and graciously exited the stage just as my Ross guilt kicked in. Could I love two Detroit divas? What if Diana found out??

As if having read my mind, Franklin returned for the first of her two encores: “Believe In Yourself” from Ross’ 1978 feature The Wiz, adding that the song’s inspirational message was her message to all of us. She followed that song up with a soaring version of “Respect”, a fitting close to a triumphant performance that left no one questioning her “Queen Of Soul” moniker.

As for me, the morning after, I sit in fear and guilt. Has Aretha stolen my heart from Diana?? If you see Miss Ross, please don’t tell her I tipped out on her last night. As Ray Parker Jr. once sang, “I’m in love with the other woman. My life was fine until she blew my mind.” And Franklin CERTAINLY did that last night in Oakland!

Michael P. Coleman is a Sacramento-based freelance writer who’s often referred to as Dr. Feelgood. Schedule an appointment with the good doctor at michaelpcoleman.com or on Twitter: @ColemanMichaelP 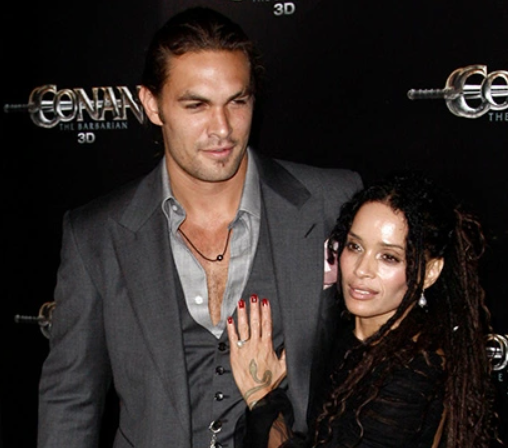