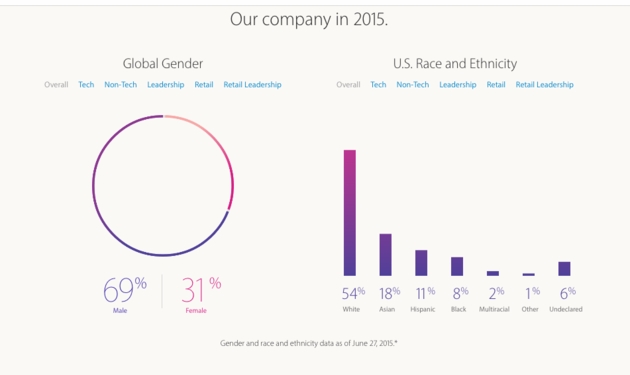 Apple presents itself as a company that values diversity. Indeed, the tech company is led by Tim Cook, the only openly gay chief executive on the Fortune 100 and a vocal advocate for LGBT rights.

But the facts on the company’s inclusion of women and people of color tell a more complicated story.

Earlier this month, Apple’s board voted down a shareholder proposal urging the tech giant to move faster to diversify senior management and its board of directors — “two bodies that presently fail to adequately represent diversity (particularly Hispanic, African-American, Native-American and other people of colour),” reads the proposal from Antonio Avian Maldonado II. Maldonado is the creative director of music company Insignia Entertainment, and holds around 600 shares in Apple.