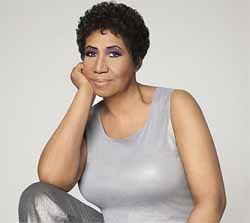 Aretha Franklin scores her highest-charting album since 1985 with the arrival of Aretha Franklin Sings the Great Diva Classics. The new covers effort starts at No. 3 on the Top R&B/Hip-Hop Albums chart and No. 13 on the Billboard 200.

It matches the peak of 1985’s Who’s Zoomin’ Who on both lists that year.

For the complete story, visit Billboard.com.