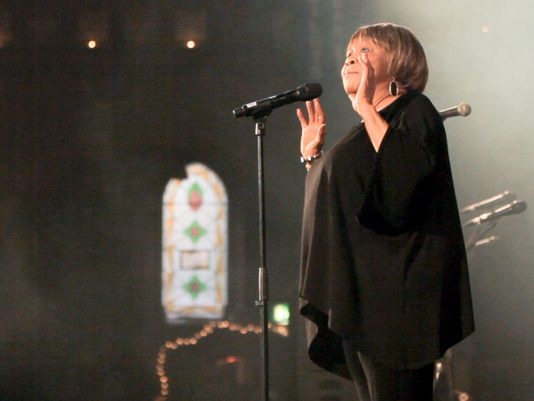 The living gospel and soul legend Mavis Staples has inspired latter-day artists ranging from Prince, who worked with her on two albums, to Wilco frontman Jeff Tweedy, who produced her last pair, released in 2010 and 2013. She also earned a Grammy Award on Monday for American roots performance for her reading of See That My Grave Is Kept Clean, from her 2015 EP Your Good Fortune.

So it may be surprising to hear that before she recorded Livin’ On A High Note, out Feb. 19, Staples had doubts about how she was perceived.

“I’m 76 years old,” says Staples. “Most of the time record companies don’t like to be bothered with us older folks. I thought I had done my last record.”