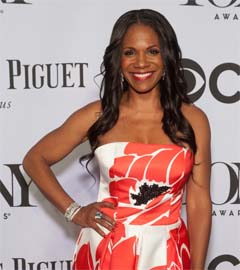 Audra McDonald is the six-time Tony Award-winner and star of Broadway’s Lady Day at Emerson’s Bar & Grill, in which she plays a troubled Billie Holiday.

But McDonald has had her own struggles, and she opened up on ABC’s Popcorn with Peter Travers about a suicide attempt when she was in college.

“While I was at Julliard, I had a suicide attempt,” she told Travers. “I tried to slit my wrists.”

Read the complete article at USAToday.com.