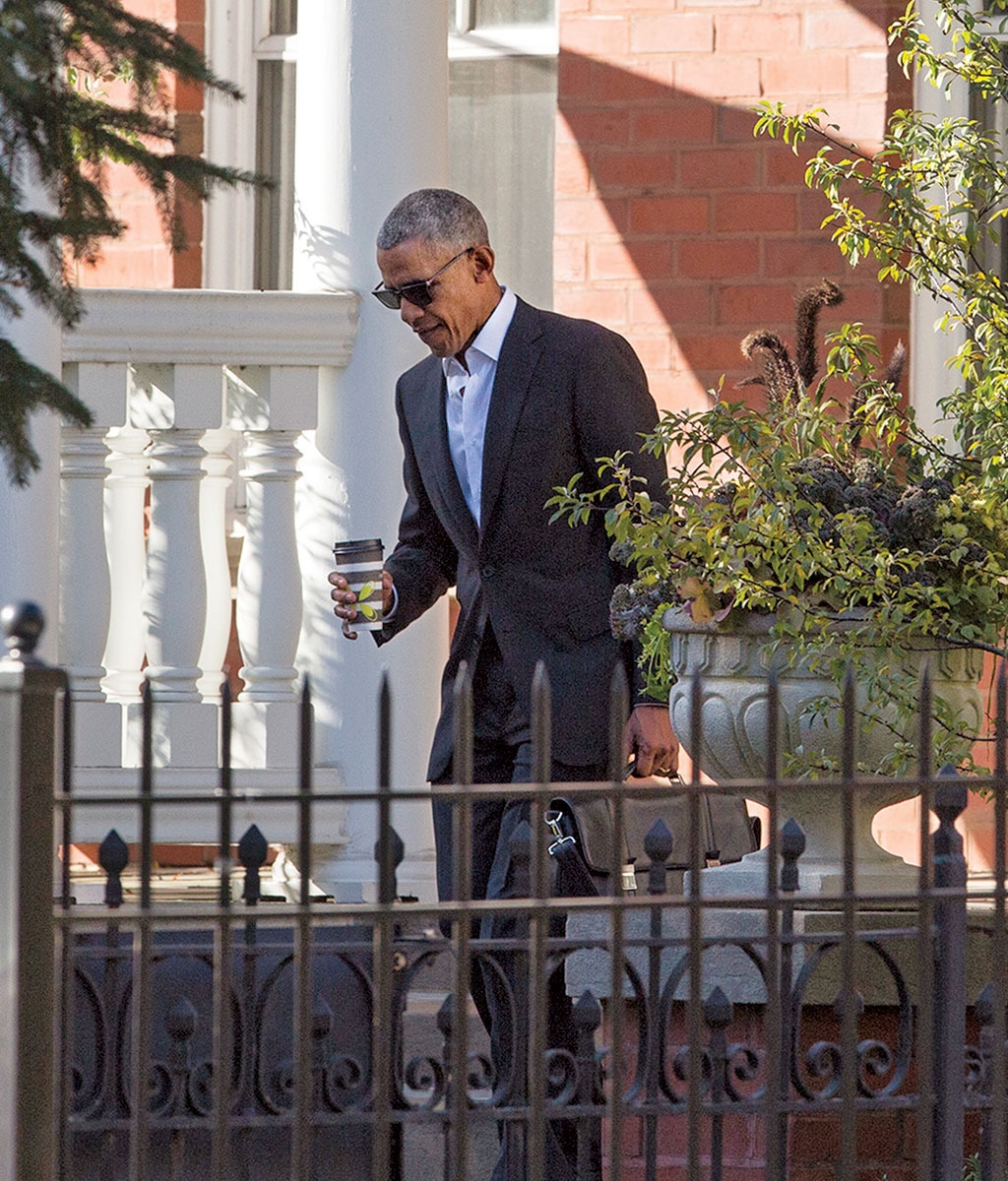 Barack Obama was six months into his post–White House life when Donald Trump found a new way to grab his attention. It was a Tuesday morning deep in the mid-Atlantic summer, and, feeling a world away from the Pennsylvania Avenue grind, the former president was reading the New York Times on his iPad.

The previous evening, Trump had visited West Virginia, where he spoke at the annual Boy Scout Jamboree. Addressing a crowd of roughly 40,000, who were expecting the usual talk about citizenship and service, the president uncorked a political diatribe packed with jabs at Obama, Hillary Clinton, and the Washington, D.C., “cesspool”; reminders about the importance of saying “Merry Christmas”; and reminiscences of Election Night 2016 and the pundits he embarrassed. “You remember that incredible night with the maps, and the Republicans are red and the Democrats are blue, and that map was so red it was unbelievable. And they didn’t know what to say,” Trump told the Scouts. They seemed bewildered at first but before long broke into chants of “USA!” Adult observers were openly horrified. Three days later, the Boy Scouts’ leader would apologize for Trump’s speech.

In Washington, where the former president still works and lives with his wife, Michelle, and his younger daughter, Sasha, Obama stewed. Ever since the shocking election, he had resisted condemning his successor directly. Early on, he would muse to senior aides in private about what it meant that the country had chosen Trump, bouncing between writing off the election as a freak accident and considering it a rejection of his own vision of America. In the months after the inauguration, Obama referred publicly to the new president only sparingly — but still more than he expected to. He issued careful statements defending the Affordable Care Act and supporting the Paris climate-change agreement, avoided mentioning Trump by name, and largely let the resistance speak for itself. But the Boy Scouts speech really troubled him. Kids their age are the most impressionable group there is, Obama reminded friends at the time, likening them to sponges. If the president shoves a divisive political argument at them, that’s what they will absorb.

It was a very Barack Obama thing to get agitated about. Throughout his entire political career, he has attached an unusual degree of significance to storytelling, and he has often spoken of the importance of modeling what it means to be a good citizen. He had recently concluded a two-month stretch full of international travel and was just starting to settle into his post-presidency, and that week was a busy one in Washington — Republicans were zeroing in on a vote to repeal the Affordable Care Act. The Boy Scouts speech was relatively unimportant (mostly improvised, probably something Trump would forget about within a week), but perhaps it presented an opportunity. One of the most potent tools in Obama’s arsenal, as a retired president, is rhetoric. Even if he no longer enjoyed the bully pulpit, he could, if he wanted, fill the vacuum of moral leadership Trump had created and offer, to not only the Scouts but the entire country, a lesson in civics that no other Democrat is positioned to give.

But then he did another very Barack Obama thing: He decided to stay quiet.

For the full story, visit NYMag.com/Daily/Intelligencer.