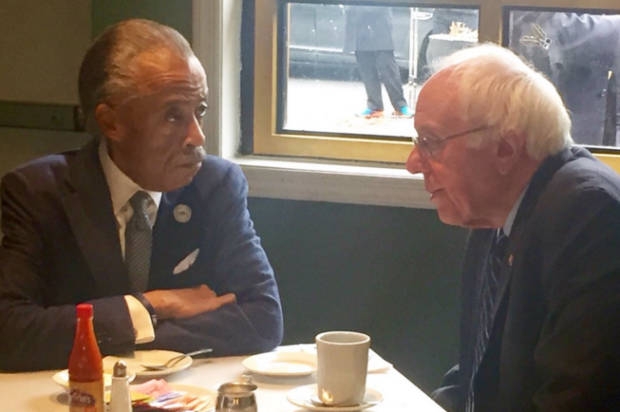 Not resting on his recent success, Bernie Sanders rushed to New York City after his landslide victory in the New Hampshire primary to meet with Rev. Al Sharpton in an effort to shore up his support with African-American voters ahead of the Nevada caucus and South Carolina primary later this month  — with an endorsement from The Atlantic’s Ta-Nehisi Coates to boo

The famed Sylvia’s in Harlem where Sharpton took both Barack Obama and Bill O’Reilly was the meeting spot for Wednesday’s 10am sit-down between the MSNBC host and the Democratic presidential candidate. The meeting, just blocks away from the Clinton Foundation offices, was arranged at Sanders’ request, according to The Washington Post.

For the complete story, visit Salon.com/News