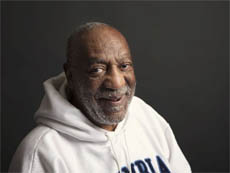 No pilot has been made yet, but a deal has.

Could Cliff Huxtable be returning to TV?

But has “made a deal” with NBC to develop a half-hour comedy starring the actor, 76, reports Deadline.

Cosby, who appeared in 197 episodes of The Cosby Show from 1984 to 1992, is re-teaming with producer , whose company with produced Cosby Show.

The new comedy will be built around Cosby, who will play the patriarch of a multigenerational family and, once again, will offer his take on marriage and parenting. Deadline says Cosby and Werner are meeting with writers on the project. But NBC has not committed to making a pilot episode.