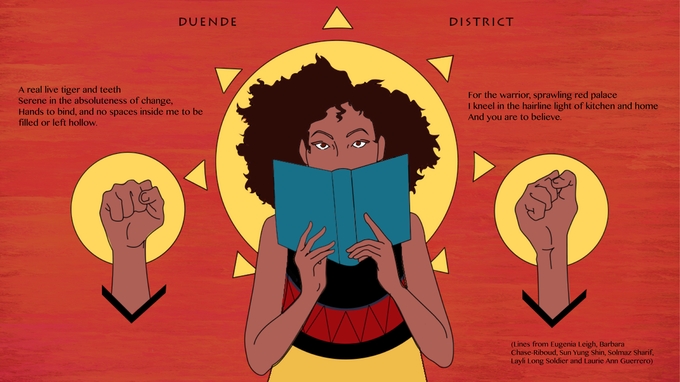 For 16 years, Angela Maria Spring has worked as a bookseller ― most recently as the manager of Washington, D.C.’s iconic Politics and Prose bookstore. Now she’s planning to open her own store, Duende District, which will be run by a deliberately diverse staff.

On April 10, Spring launched a Kickstarter campaign to fund the creation of a pop-up Duende District bookstore to operate at the 2017 Artomatic festival. Spring, who is Latinx and the daughter of a Panamanian immigrant, felt inspired to open the intentionally multicultural bookstore after several years at Politics and Prose. Though D.C. is a highly diverse city, she found herself in a primarily white neighborhood, working with white booksellers and catering to a largely white clientele.

By launching her own bookstore, Spring hoped to give opportunities to colleagues of color and to build a literary space that put multiculturalism and diversity front and center. Creating a browsing space that’s “owned, operated, and managed by a majority of people of color,” she says in her Kickstarter video, can create a “high-quality, welcome experience for everyone.”

For the complete story, visit TheHuffingtonPost.com/Arts&Culture.