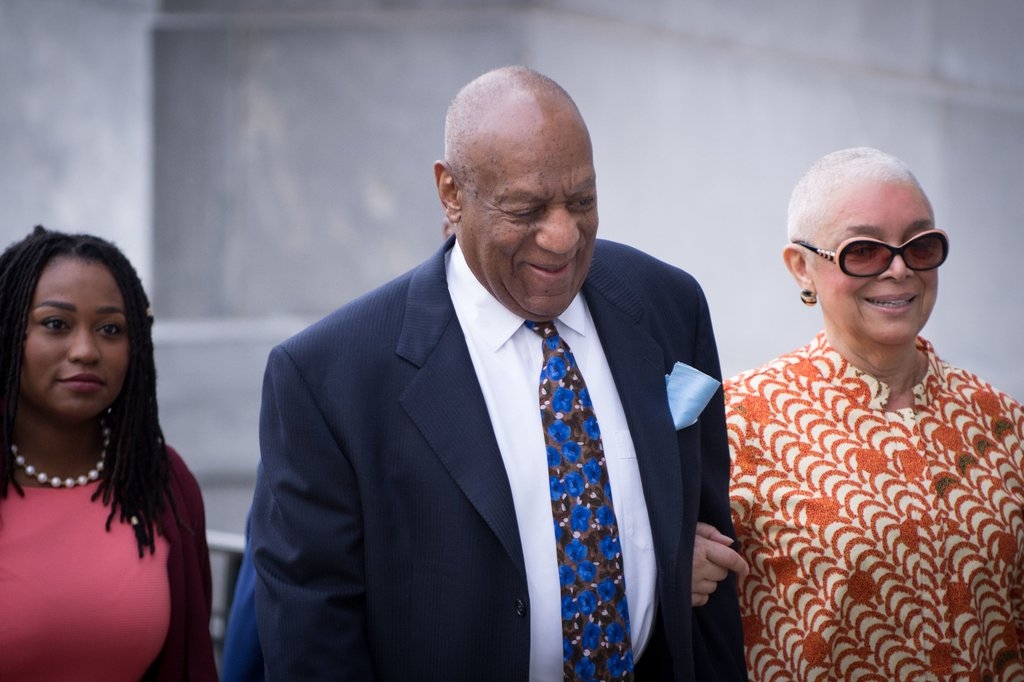 Camille Cosby, the wife of the disgraced comedian Bill Cosby, disparaged the media, Mr. Cosby’s accusers and his prosecutors in a caustic statement released Thursday, her first public comments since Mr. Cosby was convicted of sexual assault last week. She called for a criminal investigation of the Montgomery County district attorney and repeatedly suggested that Mr. Cosby was targeted because of his race.

In a three-page release, Mrs. Cosby explicitly blamed the media for Mr. Cosby’s fate in court, citing what she called a “frenzied, relentless demonization of him and unquestioning acceptance of accusers’ allegations without any attendant proof.” She went on to say, “Bill Cosby was labeled as guilty because the media and accusers said so.”

Once again, Mr. Cosby was compared to Emmett Till, a black 14-year-old who was lynched in 1955 after being falsely accused of leering at a white woman. Last week, Mr. Cosby’s publicist, Ebonee Benson, went on ABC’s “Good Morning America” and likened Mr. Cosby to Till.

This time, it was Mrs. Cosby.

For the full story, visit NYTimes.com/Arts/Television.