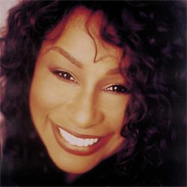 the funk band Rufus before beginning her solo career. Though regarded as an R&B singer, she has performed numerous musical genres including funk, disco, jazz, ballads, hip hop, adult contemporary, pop and blues standards. Her contributions to funk and soul music in her early career earned her the title of the “Queen of Funk Soul”.

The historical journey of Chaka Khan’s phenomenal singing career is too long to report but we wanted to highlight what she has been doing for the last few years.Â  Khan participated in a live all-star gospel concert recording for artist Richard Smallwood’s “Journey: Live In New York” on the song “Precious Is Your Name.” On her official website, Khan credits singer Karen Clark Sheard with being “the voice that helped me find the Holy Ghost”. Khan performed a cover version of Sheard’s “A Secret Place” along with Richard Smallwood on TBN’s show Praise The Lord in October 2006.

In December 2006, Chaka recorded “Do You Hear What I Hear” on the Christmas compilation Breaking For the Holidays produced by Eve Nelson (who also produced Classikhan). The album also featured Vonzell Solomon, Sandra Bernhard, Ben Jelen and many more.

In February 2007, Khan headlined and performed at the NARAS 2007 Grammy Award official post party. In September 2007, she released Funk This, a mix of cover songs and original material. Produced by Jimmy Jam & Terry Lewis and James “Big Jim” Wright, the album debuted at #1 on the Top 200 Album Chart and at #1 on the R&B Album Chart, selling 900,000 copies in its first week. This marked her highest chart position since her first solo album in 1978 peaked at #1. “Angel,” the first single from the album, reached #1 and went on become her first R&B hit in nearly fifteen years. Promoting the album on the Today Show on September 26, 2007, she performed “Angel” and announced that she would appear in the role of Sofia on Broadway’s The Color Purple.

Khan opened as Sofia, a role she says she closely identifies with, on January 9, 2008 along with BeBe Winans as Sofiaâ€™s husband, Harpo.

In a recent interview Khan said that she, unlike other artists, feels very optimistic about the current changes in the recording industry, including music downloading. “I’m glad things are shifting and artists â€“ not labels â€“ are having more control over their art. My previous big record company (Warner Music) has vaults of my recordings that haven’t seen the light of day that people need to hear. This includes Robert Palmer’s original recording to “Addicted to Love” â€“ which they took my vocals off of! We are working on getting it (and other tracks) all back now.”

On July 4,2008, Chaka Khan made an appearance on Good Morning America’s summer concert series. She performed her known songs and songs from her 2007’s “Funk This”.