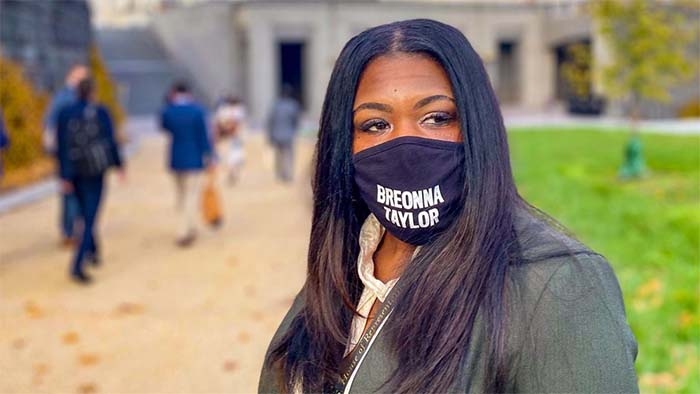 Congresswoman-elect Cori Bush said Monday evening she was stunned and “hurt” when some Republicans addressed her as “Breonna” during new member orientation at the Capitol because she was wearing a mask with Breonna Taylor’s name on it.

“It did not seem like they were being malicious. They just did not know,” Bush told CNN’s Erin Burnett on “OutFront.”
“But then after the next, and next, and the next, then I really started to feel hurt, because I’m like this has been a national movement … the reports are between 15 and 26 million people protested up to July — from June to July. How do you not know? And we claim ourselves — we asked, we signed up — to be leaders,” she continued.
A nurse and pastor turned progressive community leader, Bush will be Missouri’s first Black woman to represent the state in Congress after winning her House seat, according to CNN’s projection.
For the full story, visit CNN.com/Politics.