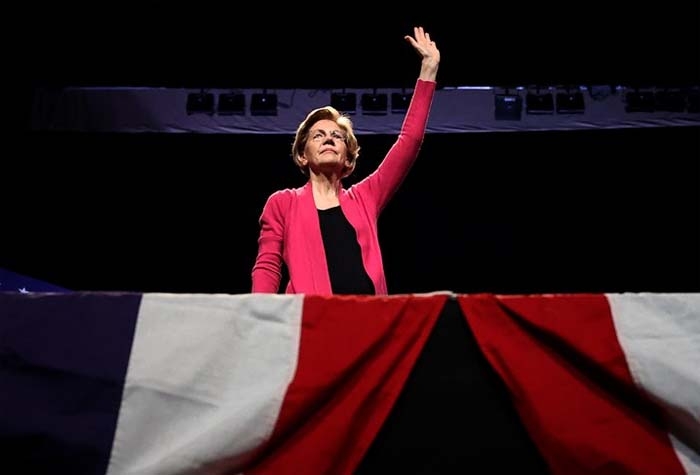 Sen. Elizabeth Warren is suspending her presidential campaign, a source familiar with the decision tells NBC News, a bitter blow for a senator who was long seen by prominent Democrats as headed for the White House.

It is unclear whether Warren will endorse another Democratic candidate for president.

The decision, which comes after a poor “Super Tuesday” showing in which Warren failed to win any states, ends a frantic year of campaigning for a candidate who branded herself as a progressive fighter from humble beginnings who was ready to take on a broken and corrupt system.

The Massachusetts Democrat wowed crowds with her sharp intellect, her clear prognoses for complex problems, and her endless stream of policy blueprints to tackle them. After a long polling rise over summer that continued into the fall, it was clear Warren’s message was catching on, and she rose to the front of the pack in some polls while avoiding conflict with rivals. In late summer, she drew massive crowds of about 15,000 in Seattle and 20,000 in Washington Square Park in New York.

The plan was working. Then it all started to fall apart.

For the full story, visit NBCNews.com/Politics.