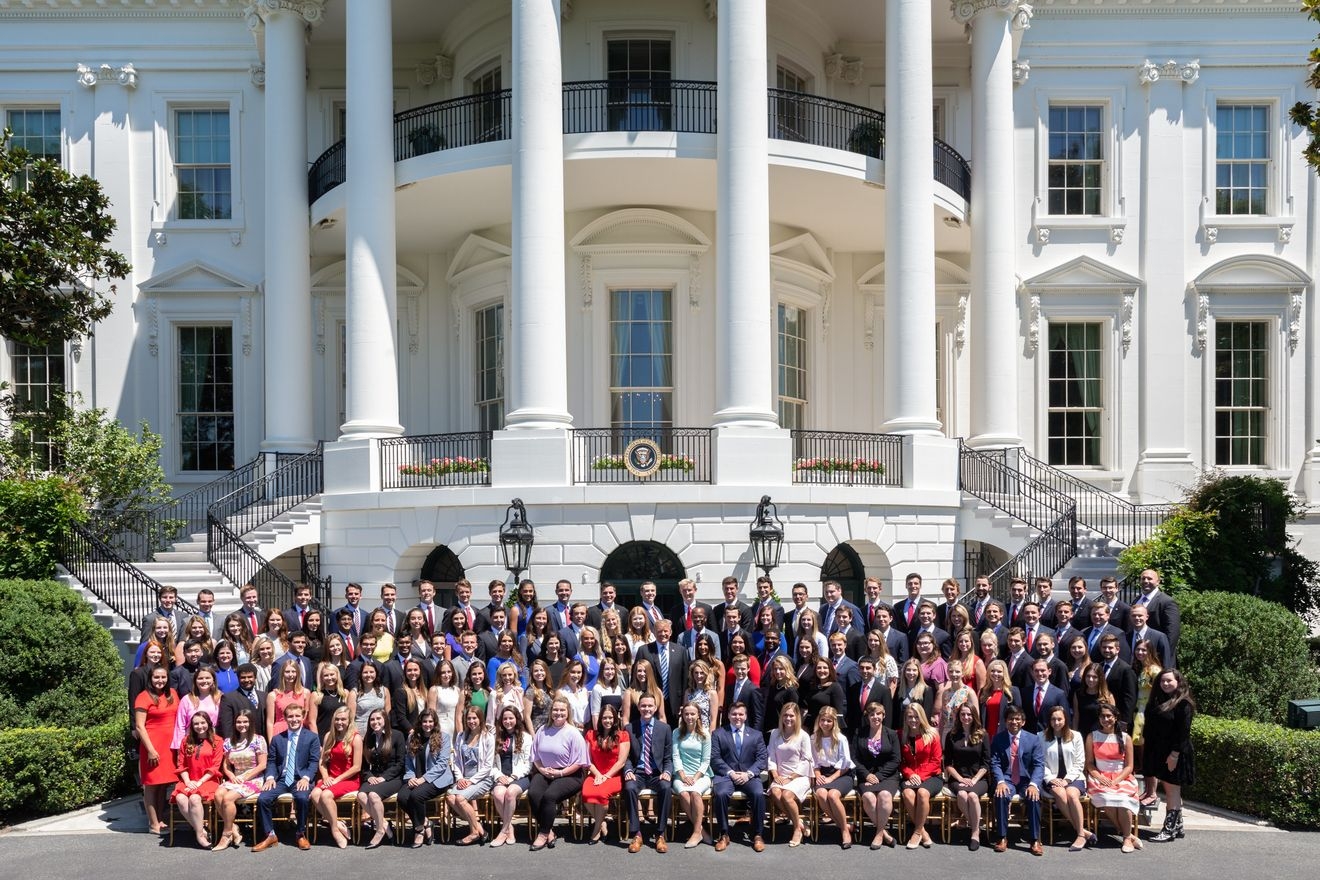 Past group photos of White House interns under President Donald Trump have drawn criticism for showing a group of overwhelmingly white young people. This summer, the White House didn’t make much progress on diversity — they just didn’t release the photo.

A group picture with President Donald Trump showed the summer 2017 class was very white and very male. In the fall 2017 picture, observers pointed out one of the interns seemed to be making a white power gesture. (He denied it.) And the spring 2018 class was, again, very white (although with more female interns represented).

The White House appears not to be in a hurry to put out its summer 2018 intern picture, but Vox obtained a copy.

The photo of 128 summer interns surrounding President Trump gives an overall impression of a sea of white faces, with those who appear to be people of color dramatically outnumbered. That’s despite the fact that almost half of millennials in the United States are minorities.

For the full story, visit Vox.com/PolicyandPolitics.