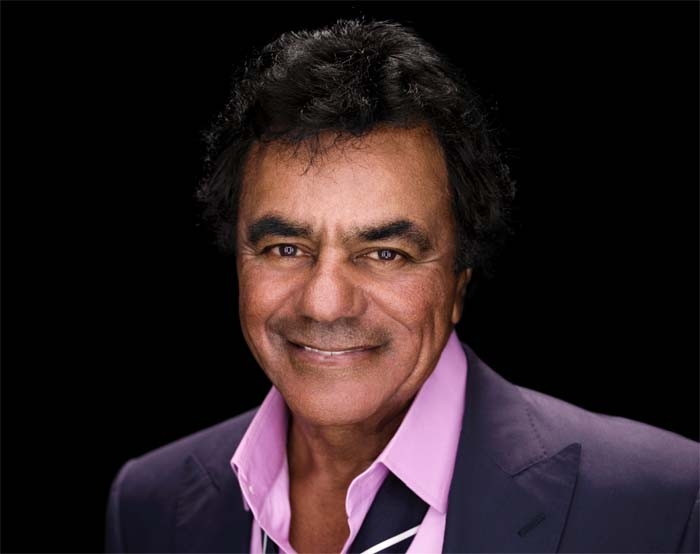 The superstar reveals his secrets for staying at the top of his game for 65 years, talks about his father & Nat “King” Cole, and plans his return to the stage this summer.

With COVID vaccinations up and cases down all over the country, artists who were born to perform are ending their pandemic-driven hiatuses, putting bands together and hitting the road once again.

One of those artists is the incomparable Johnny Mathis, who suspended his long-running The Voice Of Romance Tour in March of 2020. He plans on resuming it this summer.

I was honored to speak with Mathis by phone recently as he began prepping for his upcoming tour dates. Having learned that he received his COVID vaccination in February, I first wanted to check in on the legend’s overall health.

“I’ve been great,” the 85 year old Mathis assured me. “I’ve been very lucky all of my life. I was an athlete at an early age, and I kept up with my exercise routine, so physically I’m in shape. I’ve been going to the gym for an hour a day, five days a week, all of my life.”

You heard him: the man works out an hour a day every day. Right after we hung up the phone, I jumped on my bicycle and took at hour-long ride along the river near my home. If Mathis hadn’t become a world-class singer, he might have been a motivational coach or physical trainer!

“I’ve also been lucky enough to have some really wonderful voice teachers along the way, and my voice is holding up,” Mathis added with a laugh. “So now, all I have to do is stay alive!”

Our phone chat was peppered with that kind of self deprecating humor. While Mathis joked that he couldn’t remember how old he was, his wit is still just as potent as ever, as is his voice. He has sold tens of millions of albums since 1956, and is Columbia Records longest-signed recording artist.

During our talk, Mathis teased that, hopefully, he’ll be heading back into the studio soon to record what would be his 80th album, a follow-up to his 2017 collection, the critically acclaimed Johnny Mathis Sings The Great New American Songbook.

“We are just sort of waiting around until things get back to normal, if they ever do,” Mathis said. “After that, perhaps I might go in and make some more recordings, hopefully.”

“Chances are” Columbia Records would be hard pressed to keep the five time Grammy nominee out of that recording studio. No one’s managed that feat since 1956.

Understandably, with all Mathis has accomplished, he had trouble naming a singular highlight.

“I’ve had the opportunity to sing with some of the greatest singers in the world,” Mathis shared. “I’ve done recordings with Sarah Vaughn, Lena Horne, Ella Fitzgerald — they were all famous when I was a little kid, and I got to sing with them! And then later on, I started singing with Dionne Warwick, Barbra Streisand and all of the amazing, wonderful ladies in my life, so I’ve been a lucky, lucky person.”

With the list of legends he’s worked with, I asked Mathis whether there was someone that he would have like to have worked with but didn’t. I should’t have been surprised to hear of his love for another brilliant balladeer.

“I always wanted to sing with Nat Cole,” Mathis wistfully recalled. “He was a lovely, gentle human being who was so kind to me. When I started singing, I was 18 or 19 years old, and Nat was at the height of his success and must have been in his 40s. I had such admiration for him. And I got a chance to meet him when I would go and watch him sing on occasion.”

Mathis spoke almost paternally of Cole, so much so that I was led to ask him about his own father.

“My father was a singer, and he’s the reason that I sing to this day,” Mathis said. “I remember hearing him sing around the house, and he’d just say ‘Come on, son, you and me: let’s sing.’ He was a wonderful person who put me on the right track at an early age, [and] started me with a voice teacher who was absolutely essential in my success.”

“My dad was my best pal in the world,” Mathis continued. “My folks had seven kids! I’d always joke with him ‘Pop, leave Mom alone!’ We laughed a lot about that. He say ‘Shut up, boy!’ We fished together, and travelled all over the world together. I’m so grateful for being born to that wonderful man.”

Mathis was the last singer I saw live before COVID-19 shut the world down, in February of 2020. The consummate balladeer shocked me that night, as he brought the house down during the concert’s finale with a rousing rendition of Ray Charles’ “Let The Good Times Roll.” As we wrapped up our conversation, I asked Mathis about his process for selecting songs for his dynamic live shows.

“It’s very easy,” Mathis promised, with a boyish chuckle. “Sing it. If they like it, fine. If they don’t, don’t sing it again!”

“You find things that work, and you hang on to them,” he said. “And God willing, it will go well, and you’ll get to sing them again.”

It’s gone well, for the last 65 years, and Mathis sung them, “Misty,” “Chances Are,” “It’s Not For Me To Say” and countless other hits, again and again.

Here’s to putting the pandemic behind us and getting back out to see Johnny Mathis live on stage. I don’t typically presume to speak for a legend, but I know he’d be happy to see you.

Information on Johnny Mathis’ 2021 and 2022 shows is at johnnymathis.com.