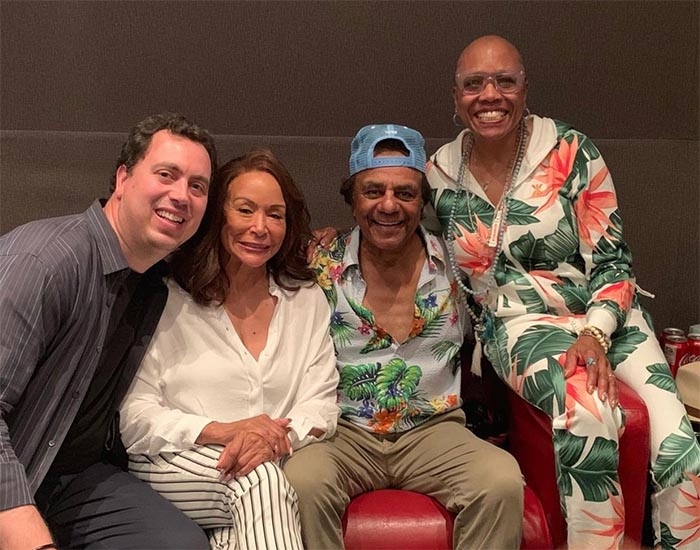 The “Band Of Gold” legend discusses her new duet with The Voice Of Romance, her upcoming, long-awaited memoirs, her recent knee replacement surgery, and her thoughts about the next president of the United States. The 78 year old also shares her love for hip hop group Outkast!

R & B star Freda Payne couldn’t have picked a better duet partner for her return to jazz than the Gershwin classic “You Can’t Take That Away From Me.” The singer beautifully warbles with the incomparable Johnny Mathis on the new single.

“One of the songs that I always loved Johnny singing was “Maria” from West Side Story,” Payne, 78, EXCLUSIVELY said by phone. “It’s luscious, especially at the end when he goes up. He’s in so much control on that song…and that VOICE!”

As it turns out, the new project’s mastermind, producer Rodrigo Rios, is responsible for finally getting the two legends together. While Payne has known Mathis for years, “You Can’t Take That Away From Me” is their first collaboration.

“Rodrigo approached me about doing an album and about doing a few duets,” Payne recalled. “He gave Johnny several songs from which to choose, and Johnny chose that one because he had never recorded it.”

“I was the producer on the project, and also the drummer on the sessions,” Rios said via email. “We had a blast at Capitol tracking these beautiful songs with Freda and special guests.”

Special guests, Rios says. That has to be the understatement of the year. In addition to Mathis, Payne and Rios have recorded new duets with Kenny Lattimore, Dee Dee Bridgewater, and Kurt Elling.

As Payne and Mathis recorded “You Can’t Take That Away From Me” in June of 2019, long before COVID would have kept them apart, Payne shared a handful of incredible stories about standing “elbow to elbow” with “The Voice Of Romance” in the studio at Capitol Records in Los Angeles.

One of those stories will stand out for any fan of the typically masterful Mathis — and anyone who knows about his love for a good game of golf. As it turns out, Mathis is, indeed, human. He’s also a consummate professional.

Read all about that history-making recording session with Payne and Johnny Mathis, and hear more from the R & B legend.