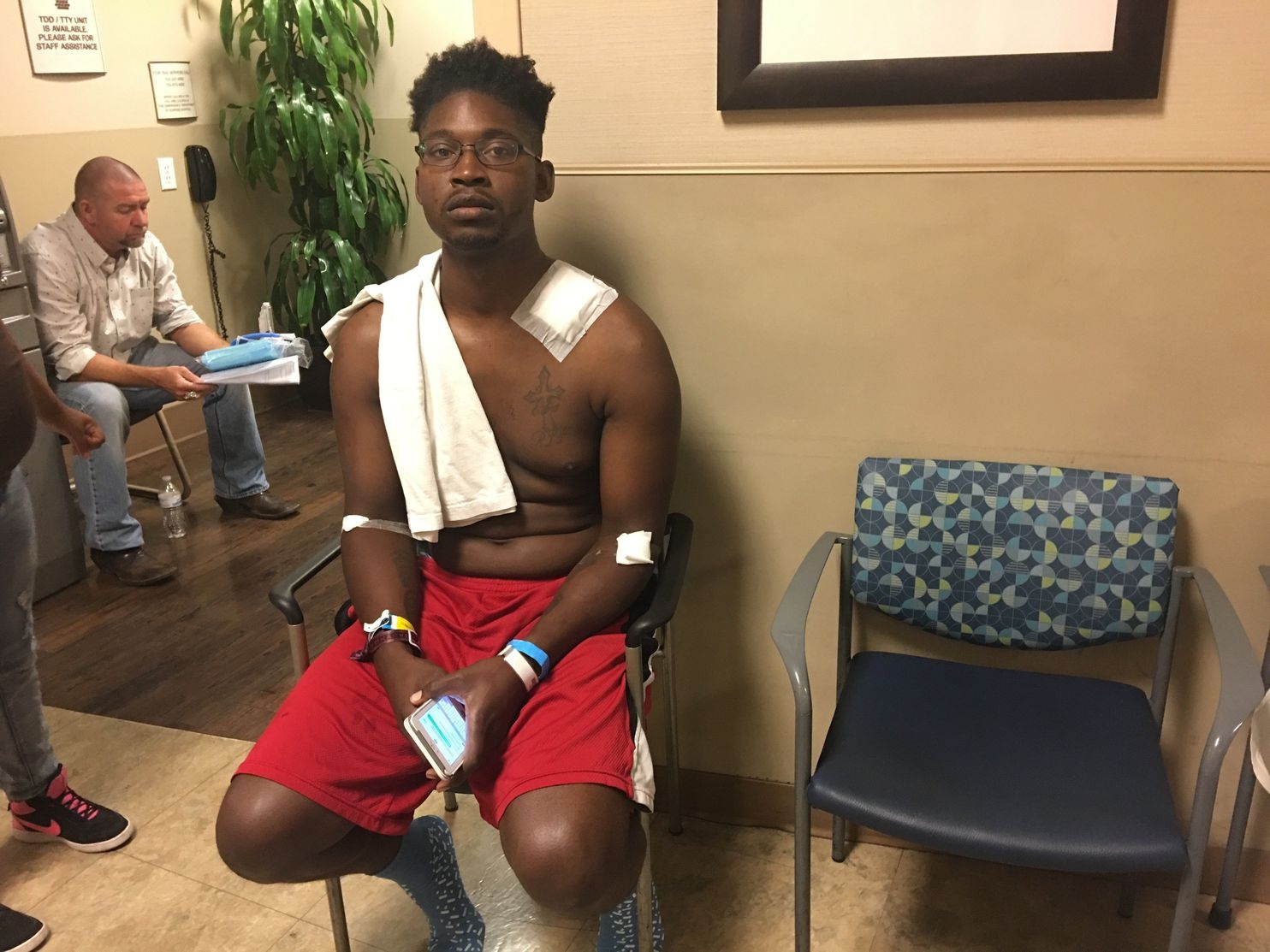 Jonathan Smith is likely to spend the rest of his life with a bullet lodged in the left side of his neck, a never-ending reminder of America’s deadliest mass shooting in modern U.S. history.

Smith, a 30-year-old copy machine repairman, was shot Sunday night while trying to help save people after a gunman opened fire on the crowd at the Route 91 Harvest Country Music Festival in Las Vegas. He knows he’s one of the lucky ones to be able to walk out of the hospital, even with his severe injuries.

As the bullets rained down, family was Smith’s top concern. He had driven to Las Vegas from Orange County, Calif., on Thursday to celebrate the 43rd birthday of his brother, Louis Rust, a big country music fan who had attended the festival in the past. They spent the weekend enjoying the music and had scored seats close to the stage for Jason Aldean’s prime-time performance Sunday night.

When the gunshots started, Smith initially thought they were fireworks. The music kept playing, Smith and Rust recalled. But the bullets kept coming. Aldean looked at his security guards and ran off the stage. Then the lights went out.

Rust realized what was really going on and told the entire extended family — all nine of them — to hold hands and run. By then, it was a stampede.

For the full story, visit WashingtonPost.com/News.