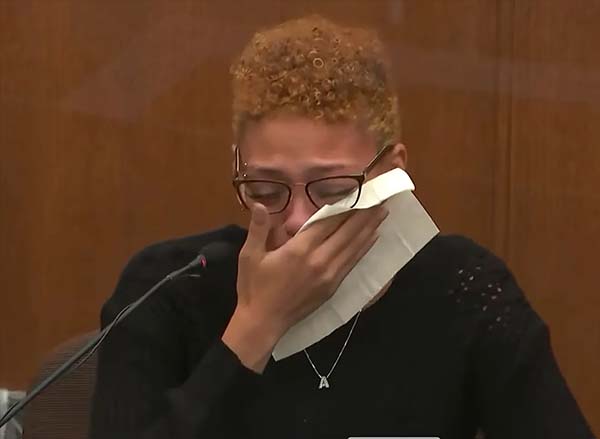 The passenger in the car Daunte Wright was driving when he was pulled over by officers recounted her frantic attempts to revive Wright when she took the witness stand Thursday in the manslaughter trial of former Minnesota police officer Kim Potter.

Alayna Albrecht-Payton, her voice shaking, cried throughout her testimony as she told jurors about the April shooting. After he was shot, Wright drove the car down the street and crashed into another car, then into a fence.

“I tried to scream his name,” recalled Albrecht-Payton, 20. “‘Daunte, please say something, please. Just talk to me.’ I know he tried. I know he wanted to because I replay that image in my head daily.”