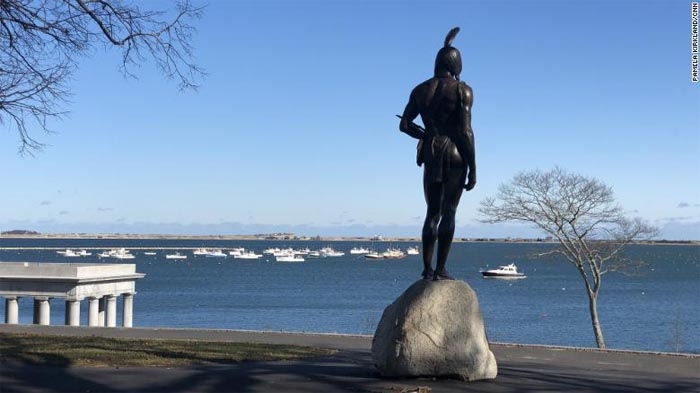 While cleaning out her first grade son’s backpack last week, Elyse Gilbert found something that surprised her. Mixed in with the regular detritus of the school day, the crumpled sweatshirts and food wrappers, was a blatantly inappropriate Thanksgiving-themed worksheet.

On the top of the page: a smiling cartoon Native American with his arm around a giant piece of corn. Below, a word scramble featuring Thanksgiving-themed vocabulary words. Her son had successfully reassembled “inIdan” to “Indian.”
“I literally gasped. I had assumed they had an updated curriculum about Thanksgiving,” she said, explaining that she thought educators had moved beyond the fairy tale version of the holiday she learned three decades ago. You know, the one about togetherness and bounty that conveniently leaves out the part of the story in which Native Americans were systematically murdered and oppressed and replaces it with a second helping of pie.
The incident left Gilbert, like many non-indigenous parents today, questioning how to celebrate Thanksgiving with her children. Indigenous families have been wrestling with, and resisting, the myth of Thanksgiving for as long as it has been around. Today, some Native Americans celebrate the holiday, often connecting it to their culture’s traditions of Thanksgiving, while others consider it a day of mourning.
As our country reckons with the persistent racism and cultural insensitivity that has, for so, so, long, been hiding in plain sight, yesterday’s model of Thanksgiving no longer cuts it. It’s time to figure out what’s next.
For the full story, visit CNN.com/Health/News.