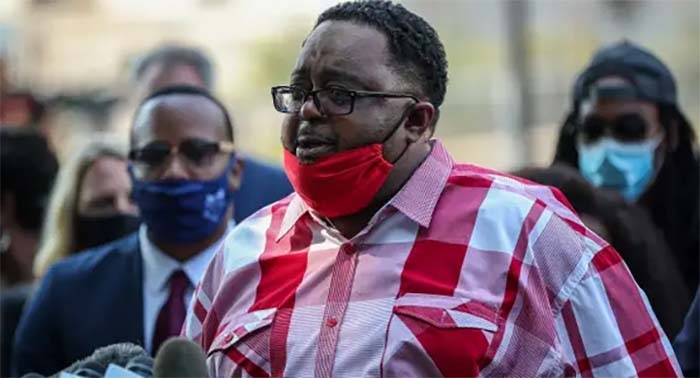 The father of Jacob Blake said Friday that his hourlong conversation earlier this week with Democratic presidential nominee Joe Biden and running mate Kamala Harris was akin to “speaking to my uncle and one of my sisters.”

“They were so comforting that you almost forgot how the situation was really playing out,” Jacob Blake Sr. told CNN’s Alisyn Camerota on “New Day,” referring to Biden and Harris. “It was like I was speaking to my uncle and one of my sisters — literally, literally.”
“Biden kept telling me his own issues with his family. That he identifies with what I’m going through. I didn’t have to keep telling him. He knew. It felt like he knew,” Blake added. “It felt like they knew what was going on. And they didn’t act like they were in a hurry to go anywhere. They spent time with us. And the tears that came from (Jacob Blake’s) mother in this talk with the Bidens, that was important.”
Asked later in an interview with CNN’s Anderson Cooper if he wanted to hear from President Donald Trump, Blake said, “It is too late. He should have called four days ago.” He added, “It is too late now.”
When asked earlier Friday if Trump had tried to reach out, Blake had replied: “That’s a negative.”
For the full story, visit CNN.com/Politics.