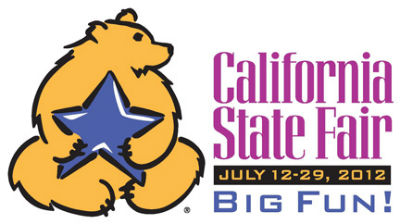 With the 2012 California State Fair just around the corner – July 12-29, 2012 at Cal Expo in Sacramento – there’s been lots of buzz! Here’s a look at some of the State Fair’s latest news.

Discounts Available Now
There’s lots of ways to save on admission and purchases at this year’s State Fair.

Golden Bear Award Honoree Announced
Earl “Butch” Butler, co-founder of Butler Amusements Inc., has been named this year’s recipient of the prestigious Golden Bear Award, presented annually to individuals or organizations for their admirable service and extensive support of the California Exposition and State Fair. Butler, who passed away in December 2011, has provided the carnival for the State Fair since 2009. His award will be presented to his family during the 33rd annual Friends of the California State Fair Gala on July 6.