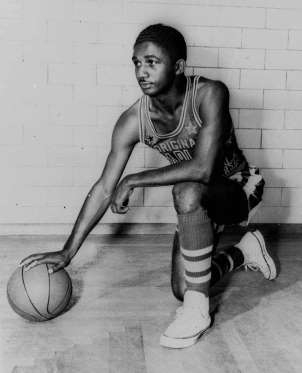 Marques Haynes, who played more than 12,000 games in two stints with the Harlem Globetrotters, died of natural causes Friday morning at his home in Plano, Texas. He was 89.

Haynes was best-known for his amazing ball handling skills and dazzled fans in over 100 countries while playing for the Globetrotters from 1947-53 and again from 1972-79. Known as perhaps the greatest basketball dribbler of all-time, Haynes became the first Harlem Grobetrotter ever to be inducted into the Naismith Memorial Basketball Hall of Fame in 1998.

“The game of basketball has lost one of its most iconic figures,” Globetrotters CEO Kurt Schneider said, via the team’s website. “Marques was a pioneer, helping pave the way for people of all races to have opportunities to play basketball and for the sport to explode on a global scale. His unique and groundbreaking style of play set the tone for modern basketball as we know it; anyone involved with basketball worldwide is indebted to Marques. He was the consummate Globetrotter.

For the complete article, visit TheSportingNews.com/Sports