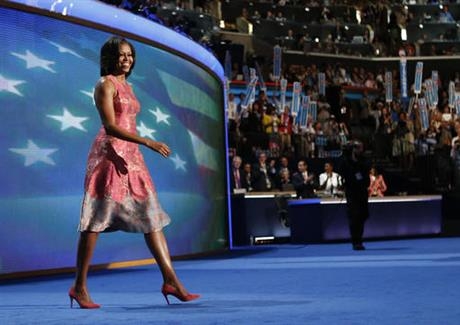 The morning after Michelle Obama’s big speech at the Democratic National Convention in 2012, in which she argued passionately for a second term for her husband, designer Tracy Reese’s phone was ringing. And ringing.

Mrs. Obama’s powerfully delivered speech had attracted much attention — but these phone calls were about her dress. A shimmering sleeveless sheath in rose and silvery gray, it was pretty universally considered a fashion slam dunk. And customers wanted it.

There was only one problem, Reese recalls: “We didn’t have inventory — we had made that dress custom.” And so the label went into production. “And people waited,” Reese says. “You know, so many people admire Mrs. Obama and they want to dress like her. We sold quite a few of those dresses.” She estimates the number at over 2,000.