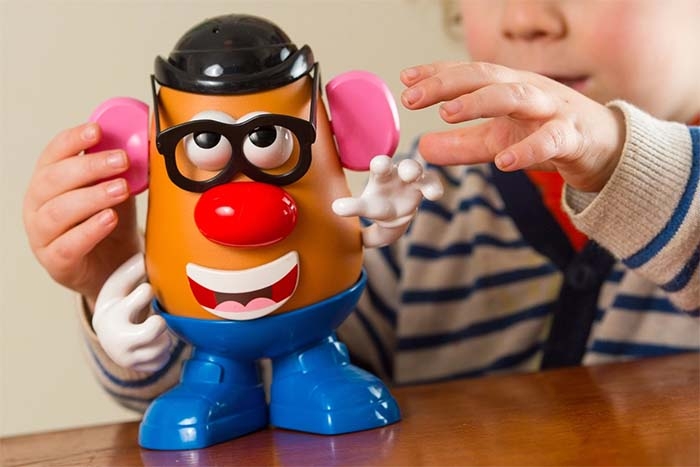 UPDATE: After the uproar over the rebranding, Hasbro clarified that the Mr. and Mrs. Potato Head dolls will still be available under the gender-neutral Potato Head brand. They have also introduced a box set that includes multiple potatoes and accessories so kids can build a family of potatoes of any genders they want.

Every once in a very great while, a brand does something that is not driven by the singlehanded and all-consuming pursuit of profit. On very rare occasions, they do something that could be perceived, by most reasonable people, as generally OK, or even good. Today, Hasbro did just that when the toy company announced it would be rebranding the iconic Mr. Potato Head toy (you know, the starchy vegetable that bears an uncanny resemblance to the former Oakland As pitcher Rollie Fingers) and his female counterpart as gender-neutral “Potato Heads.” The reasoning behind this change, a spokesperson for the brand said in an interview with Fast Company, was to reflect the changing social milieu and redefine what it means to be a potato family. “Culture has evolved,” Hasbro SVP Kimberly Boyd said. “Kids want to be able to represent their own experiences. The way the brand currently exists — with the Mr. and Mrs. — is limiting when it comes to both gender identity and family structure.”