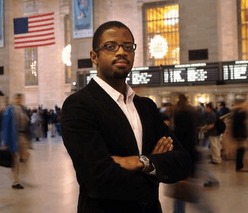 Nigerian native Chinedu Echeruo recently sold his app, HopStop.com, to Apple for what reportedly could be hundreds of millions of dollars, according to an article on YourBlackWorld.net.

According to the article, the amount of money exchanged was undisclosed, however, a the payout was “expected to be huge” based on similar recent transactions that has been in the $1 billion range.

HopStop.com is a website that reportedly allows users to find their way around 300 cities around with world through public transportation, and also has mobile apps for iPhone and Android.