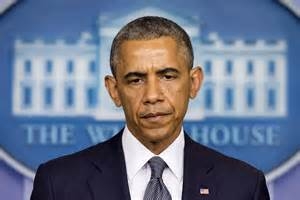 President Barack Obama on Sunday ordered flags at government buildings and public grounds to be lowered to half-staff following the early morning massacre at a gay bar in Orlando, Florida.

Obama released the proclamation moments before delivering a brief address at the White House in which he called the shooting an “act of terror and an act of hate.”

“This could have been any one of our communities,” the president said. “As a country, we will be there for the people of Orlando, today, tomorrow, and all the days to come.”

Flags will fly at half-staff until sunset on Thursday.

For the complete story, visit TheHuffingtonPost.com/NationalNews.