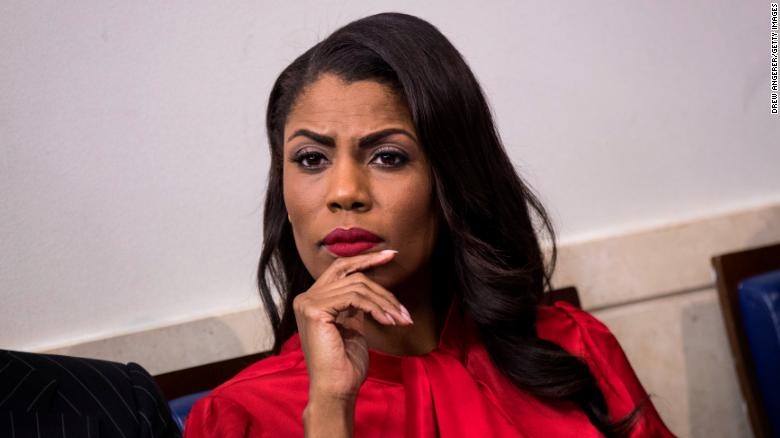 Omarosa Manigault Newman entered the White House as one of President Donald Trump’s longest-serving associates, the only person aside from his daughter who’d known and worked alongside him for more than a decade. She was given an office, an assistant and the highest salary afforded an administration staffer.

Those days, she announces with flourish in a new memoir, are over.
Her dramatic divorce from a man she likens to a cult leader is the subject of a salacious, self-serving, mostly unverifiable account of her West Wing tenure, “Unhinged: An Insiders Account of the Trump White House” (Gallery Books, 330 pages). Early excerpts have been denounced by White House officials, who are launching a concerted effort to discredit their former colleague. Asked about his former friend and aide on Saturday, Trump was frank.
“Low-life,” he declared during a rain-soaked photo-op with motorcyclists at his New Jersey golf club. “A low-life.”
The book is due to be released next week, but CNN obtained a copy on Friday.
In it, Manigault Newman describes a mentally waning, racist and lewd, charismatic but emotionally abusive, man overseeing a conniving cast of aides and family members whose varied goals rarely include the betterment of the nation.
For the full story, visit CNN.com/Politics.