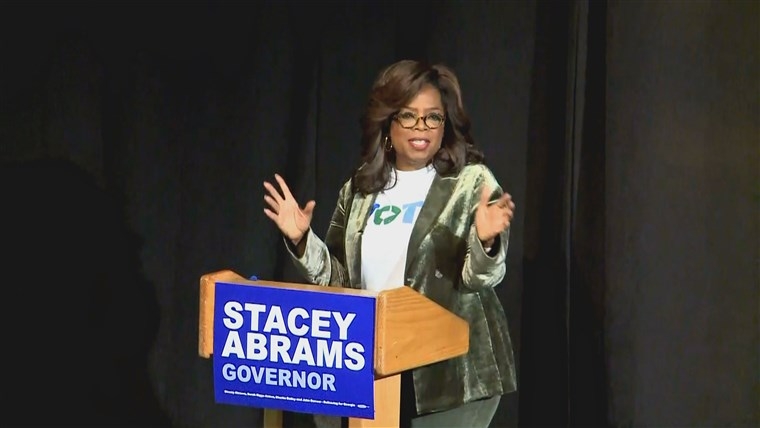 The offensive automated phone call uses derogatory language to refer to Winfrey and Stacey Abrams, the Democratic candidate for Georgia governor. Winfrey has campaigned for Abrams, the former minority leader for her state’s House of Representatives.

“I heard people were making racist robocalls in my name, against Stacy Abrams, who I am 100% for in Georgia,” Winfrey said in a video shared to her Instagram account. “I just want to say, Jesus don’t like ugly. And we know what to do about that: Vote.”

For the full story, visit Time.com/Politics.