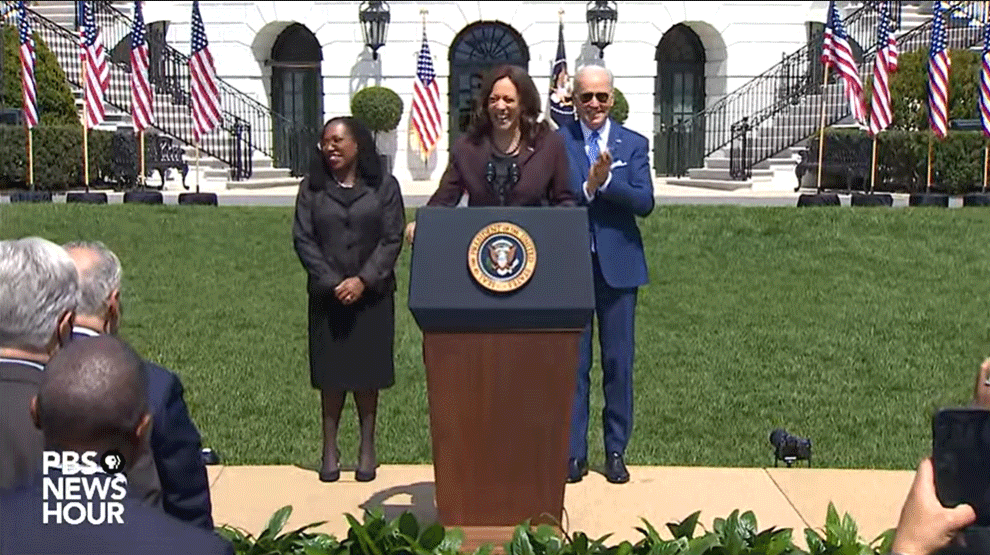 President Biden Has A Krush On The Sistahs

Joe is challenging Bill Clinton and Abraham Lincoln as our whitest black president.

They’ve got their work cut out for them. To my mind, their first order of business needs to be returning reproductive rights to women across the country. I know that’s not on the docket, but it was criminal that, earlier this year, a group predominately male justices made such a fundamental decision that governs how women interact with their bodies.

But I digress. This one’s not about The Supremes, but rather all about Uncle Joe.

As I watched Justice Jackson ease on into court this week, it occurred to me that President Biden’s appointments are following an interesting pattern. Ketanji’s appointment followed those of Kamala Harris as Vice President and Karine Jean-Pierre as Press Secretary.

It looks like Joe has a little post-COVID jungle fever, and seemingly a predisposition, or a thirst, to use the vernacular, for sistahs with names that start with the letter K.

If you’re reading this and are melanated, aspire to work in the Biden administration, and happen to have a name that starts with a K, you might want to send POTUS a note with a link to your LinkenIn.

Now that I think of it, one of my daughters is named Kristina. Our family might be movin’ on up shortly!

Biden’s appointments seem to suggest that he’s challenging Bill Clinton and Abraham Lincoln in a bid to be remembered as the United States’ blackest white president. If I were Jill, I’d keep one eye on my husband during this winter’s White House Kwanzaa BBQ.

Now, I’m not hating on President Biden, mind you. In fact, I’d give him an Obama-esque fist bump if I ran into him in these streetz. Joe’s memory may be slipping, but I like his taste in women.

And it’s about time that women of color ascended to the upper echelon of our nation’s government.

Hopefully, one day, one of those women will succeed him as President.