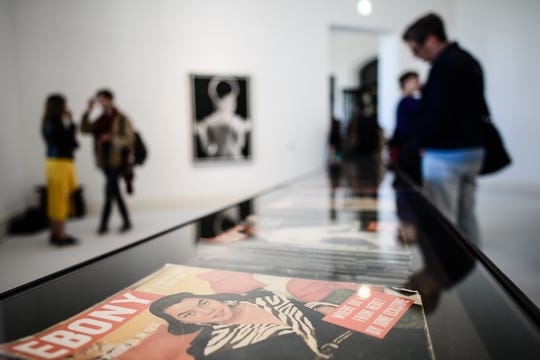 Emmett Till lying in his coffin. Martin Luther King Jr.’s wife, Coretta Scott King, mourning at her husband’s funeral. Images of those iconic moments along with 4 million other photographs that capture seven decades of black life in America are set to be auctioned off this week.

The historic photo archive of Ebony and Jet is being sold by the magazines’ now-bankrupt former publisher Johnson Publishing Company. The auction, organized by Hilco Streambank, is scheduled for Wednesday  in Chicago.

Richelle Kalnit, senior vice president at Hilco Streambank, called the collection, which also includes thousands of hours of video and music, “quite unmatched.”

“There’s no other source to be able to chronicle what this community has achieved since the civil rights movement, starting with that historic movement and the accomplishments all the way through to President Obama,” said Kalnit. “Nobody did this in the 1940s, nobody did this in the civil rights movement other than the Johnson Publishing Company.”