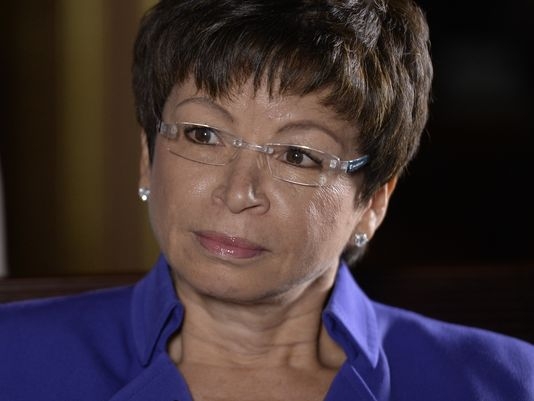 Valerie Jarrett says President Trump bears some responsibility for a racist tweet from comedian and actress Roseanne Barr comparing the former Obama aide to an ape.

“The tone does start at the top, and we like to look up to our president and feel as though he reflects the values of our country,” Jarrett says in an MSNBC special, airing Tuesday night. “But I also think every individual citizen has a responsibility too, and it’s up to all of us to push back. Our government is only going to be as good as we make it be.”

ABC canceled the reboot of Barr’s Roseanne sitcom Tuesday after she tweeted about Jarrett: “Muslim brotherhood & planet of the apes had a baby.” Barr deleted the tweet, swore off Twitter and apologized, but ABC canceled her show within hours.