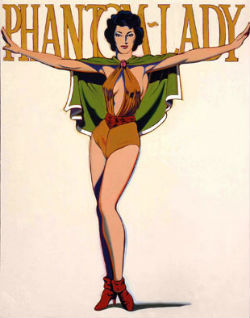 Wondering about the latest art exhibits at the Crocker Art Museum? Well, we’ve got you covered!

Mel Ramos: 50 Years of Superheroes, Nudes, and Other Pop Delights
June 2 – October 21, 2012
The exhibit is reportedly the first American musuem survey of the work of Sacramento-native Mel Ramos, featuring works including his comic book heroes from the 1960s and commercially-inspired nudes that made him famous.

Red Hot and Blown: Contemporary Glass from the Crocker’s Collection
March 17 – September 23, 2012
This year, the Crocker is one of 150 museums throughout the US celebrating the 50th anniversary of America’s studio glass movement.

Brought to Light: Masterworks of Photography from the Crocker Art Museum
June 16 – September 3, 2012
Reportedly the first photography survey of the Museum’s collection in more than a decade, featuring 30 works from the 19th throgh 21st centuries.

A Chosen Path: The Ceramic Art of Karen Karnes
June 23 – September 30, 2012
A forefront of the studio-pottery movement for more than 60 years, the exhibit features 69 of her masterworks.