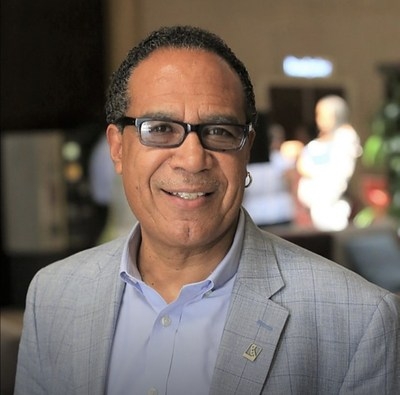 SACRAMENTO, Calif., March 24, 2020 /PRNewswire/ — Jay King, the CEO and President of the California Black Chamber of Commerce (CBCC), is initiating a statewide call to action to the private sector, requesting banks, multinational corporations, the technology industry and philanthropic organizations to create funding for grants for African American small business owners as they struggle to survive amid the Coronavirus pandemic. As the largest African American non-profit business organization, representing hundreds of small and emerging businesses, affiliates and chambers of commerce throughout California, the CBCC is extremely concerned about the aftermath of Covid-19 which has immobilized and shut down businesses around the entire world.

The United States Census Bureau statistics show that African Americans make up more than 13% of the U.S. population, but only own 7% of the businesses. It is the CBCC’s fear that the current pandemic has jeopardized the already compromised position small Black business owners face, not just crippling but perhaps even decimating an already fragile community. According to The Road to Zero Wealth report published far before the impact of the current Coronavirus event, by Prosperity Now and the Institute for Policy Studies in 2017, the median wealth of black Americans could fall to zero by 2053. King is seeking fast and deliberate measures to mitigate what he foresees as a fallout that would take decades to recover from.

“Financial giants like Bank of America and Wells Fargo have the means to provide the resources we seek. They have already set in place grants benefitting homeowners in marginalized communities.  We are asking for similar efforts for our business owners,” explains King. “We are publicly imploring financial institutions in the private sector, along with the government, for aid that is critical to our long-term survival.”

“Historically, since the Emancipation Proclamation, African American businesses have suffered a uniquely disadvantaged position in this country, from predatory lending and discriminatory banking practices to racism and bigotry. After our experience as slaves in servitude to this country, our climb back into respectful positions in society has been deliberately challenged by our very own government, government agencies, elected officials and law enforcement leaders,” adds King. “Now with the onset of the Covid-19 crisis, the Chamber is urgently engaged in seeking immediate solutions.”

Jay King was elected president of the California Black Chamber of Commerce in June of 2019. He was voted in as CEO by the board of directors and holds the post in a permanent capacity. In less than a year, he has worked tirelessly as an advocate for African American small business owners, adding to his workload positions that include sitting on the Cal Trans Small Business Council as the Chairman of the African American DBE Participation Committee for the California Department of Transportation, as well holding seats on the Small Business Council for the Department of General Services (DGS) and the California High Speed Rail.    He is a commissioner on the Sacramento Police Commission, organizer of the North Sacramento Leadership Council and founder and spokesperson for the Greater Sacramento Financial Literacy Group. King hopes to expand the vision and strengthen the CBCC’s connections with the Chambers of Commerce for other ethnic groups.

King bears three decades of continuous achievements in the entertainment industry with accomplishments that include management, consulting and publishing in music, film and television. He is the founder of the Grammy Award winning pop group, Club Nouveau, and can be heard daily sharing his insight on politics and popular culture trends on his morning talk show, “Kings in the Morning,” Monday thru Friday from 8:00 a.m. to 10:00 a.m. PT at www.thejaykingnetwork.com.  The show is celebrating eleven years on the air.

He is also an on-air, drive time radio personality on KDEE (http://www.kdeefm.org/) on 97.5 FM in Sacramento, mixing classic R&B music with community activism, every Tuesday through Thursday from 3:00 pm to 7:00 pm PT. King is working to build a statewide presence for the station, with promotional and publicity campaigns that will engage and urge Chambers of Commerce, their communities and leadership to request their musical desires, submit their community events and send their concerns in to be discussed and heard statewide.

“My vision is the have the strongest radio voice of a community radio station in the state of California, speaking to the concerns, issues and political opinions of, for and about people of color,” explains King.  “When you hear the call letters 97.5 FM KDEE, I want listeners to think of us as ‘THE VOICE OF THE PEOPLE.'”

The CBCC plans to continue its over 20-year legacy as a resource and support center for small businesses.  For more information on the California Black Chamber of Commerce, go to https://www.calbcc.org/.

Jay King is requesting that concerned private and financial institutions reach out to him at the California Black Chamber of Commerce via email at cbcc@calbcc.org or at 916-467-8878.