Today, U.S. Black Chambers, Inc. (USBC) calls on the Senate to pass the CROWN Act legislation which would prohibit discrimination based on natural hairstyles.

On March 18, the CROWN Act, which stands for Creating a Respectful and Open World for Natural Hair Act, was passed by the United States House of Representatives with a vote of 235-189.

As the bill now heads to the Senate for a vote, U.S. Black Chambers, Inc. calls on all Senators to support this historic legislation to protect the rights of individuals from discrimination based on their choice to wear their hair in its natural state.

“The CROWN Act is about so much more than just hair,” said Ron Busby, USBC President & CEO. “This legislation will make it easier for African Americans to attend school, travel freely, apply for jobs, and live their lives without fear of being discriminated against because of their natural hair.”

The CROWN Act legislation (H.R. 2116) provides legal protection from hair discrimination based on the texture of natural hair or hairstyles such as braids, locs, twists, bantu knots, and Afros. The bill would require that discrimination on this basis be treated as if it were race or national origin discrimination under Titles VI and Title VII of the Civil Rights Act of 1964, the Fair Housing Act, and certain other Federal civil rights laws.

“The passing of the CROWN Act by the House is a huge step forward for the African American Community. Many of our men, women, and children have been discriminated against and even refused employment due to the natural state of their hair. We applaud the House of Representatives who voted in favor of this historic piece of legislation. We strongly encourage the Senate to pass this legislation which would be monumental in allowing individuals to embrace their natural hair and cultural beauty” said Ron Busby, USBC President & CEO.

In related news, the USBC recently recognized CROWN Act Champion Adjoa B. Asamoah as one of their 2022 Women of Power in celebration of Women’s History Month.

The CROWN Act has been introduced in multiple states across the country and has passed through law in California, Colorado, Virginia, Connecticut, Maryland, Delaware, Nebraska, New Mexico, New York, New Jersey, and Oregon but there is currently no federal law in place. If the bill is passed, natural hair discrimination will be illegal under federal law. 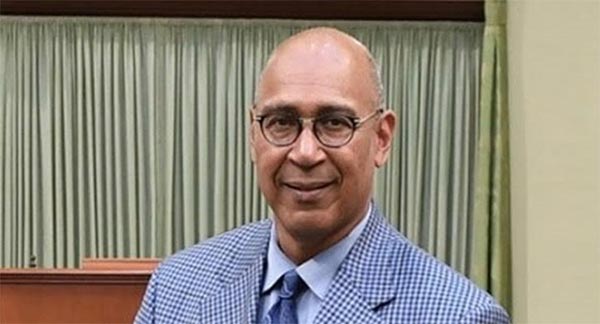