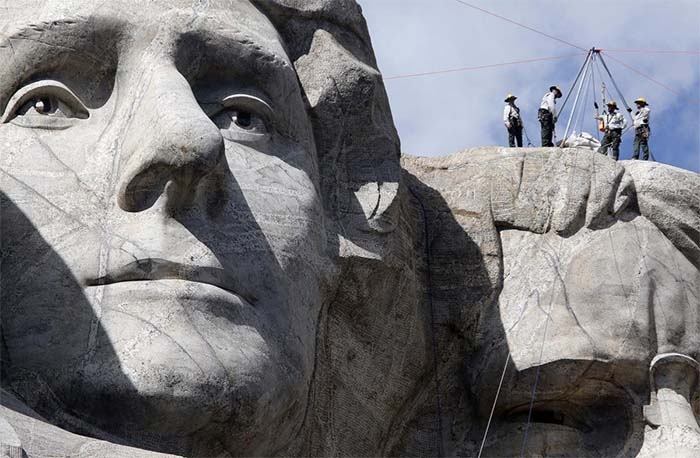 Built on sacred Native American land and sculpted by a man with ties to the Ku Klux Klan, Mount Rushmore National Memorial was fraught with controversy even before it was completed 79 years ago on October 31, 1941.

Over the years, the monument has drawn protests over its location on indigenous land, debates about whether another commander-in-chief deserves a spot on the mountain, and a Hollywood controversy over an Alfred Hitchcock movie partially filmed on the site.

To understand how Mount Rushmore has become a cultural symbol and flash point, here’s a look at how the memorial came to be.

For the full story, visit NationalGeographic.com/Travel.